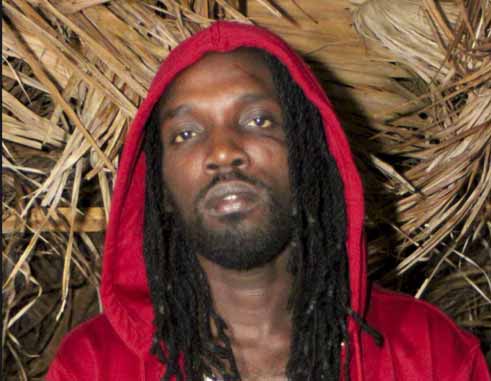 Twelve artistes from Jamaica, Trinidad & Tobago and Saint Lucia will raise the curtains on the 25th edition of the Saint Lucia Jazz & Arts Festival in a show designed to bring the most prolific Soca hits over the last two years, old school reggae and dancehall to the Opening Show. They comprise Saint Lucians Nerdy, Sirlancealot, Michael Robinson, Sedale& Wildfire, Mysterio, Arthur Allain, Ezra ‘D’funmachine’, Tropixx Band, and The Derek Yarde Project (DYP) in an old school reggae tribute with Lovindeer, plus Lyrical and Mavado.

An interesting and fun segment of the Festival’s Opening Show promises to be a collaboration between Saint Lucia’s DYP and Jamaica’s Lovindeer, whose several hits remain old time favourites across the Caribbean. These include “Babylon Boops”, “Don’t Bend Down”, “Pocomonia Day”, “Man Shortage”, and what is perhaps the biggest hit of his career with “Wild Gilbert”.

In disclosing the line-up, Saint Lucia Tourist Board Special Events, Manager Dahlia Guard, disclosed that the heavy emphasis on Saint Lucia chart topping Soca acts was deliberate in view of the appeal of the Opening of Jazz as a jam and party night, vis a vis the comparative quality of Saint Lucian party music in the last five years.

“Saint Lucia’s Soca artistes are on par with the international Soca artistes of the region. There is hardly any need to look elsewhere for the Opening of Jazz given the type of event it is; but also, with the rebranding of the Festival, we are keeping to the mandate of exposing what we have that is great,” Guard said.

The US based International recording artiste Lyrical of Trinidad & Tobago has more than 40 releases in his repertoire, including “Conquer Meh”, “Dip and Roll”, “Cloud 9” and “Loner”, as well as countless collaborations with leading Caribbean artistes.

Headlining the Opening of the Jazz & Arts Festival will be Mavado who has been racking up a string of hits from 2005. “On The Rock”, remixed by Jay Z, was a smash hit that went on to enjoy Billboard success. Mavado’s popularity also stems from the acclaim associated with his many musical collaborations with some of the industry’s top urban artistes such as Busta Rhymes, Birdman, Akon, Snoop Dogg, Ludacris, JAY Z and Wyclef.

Patrons at the April 29th Opening will also receive a musical treat when two of the island’s most famed and prolific deejays Hyper D and Hollywood HP face-off.