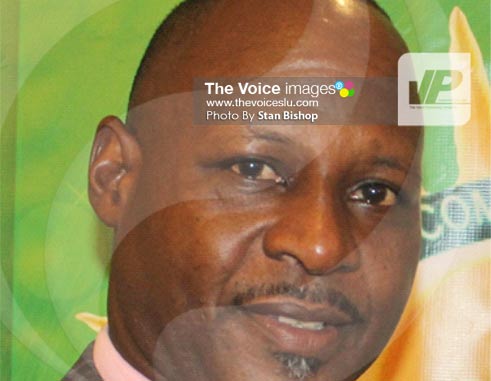 Louisy told The VOICE this week that the Chamber “continues to look to government for creating an environment where we can see stimulation of economic activity (and) government policies and actions support growth and employment creation.”

Louisy added that his organization is also keen on government tackling some of the fundamental constraints inhibiting economic growth and development by focussing on reforming the education system.

“(We need) to create opportunities by training people so that they can contribute and improve the outcomes in schools and students having a better opportunity to learn and grasp and develop skills,” Louisy told The VOICE.

For the past few years, the Chamber has renewed its call for a more robust and dynamic public sector that facilitates the ease of doing business. No more pointed are these calls than when the organization holds its annual general meetings and business awards.

While some measure of improvement has taken place in the public sector over time, Louisy said the Chamber remains concerned that the facilitative action by government policies, processes and regulations required for the private sector to thrive remain a crucial concern.

“We’d like to continue to see a push to grow foreign direct investment (FDI), as well as the management and rehabilitation of key infrastructure in the country that facilitates transportation, movement of people and goods, and communications,” Louisy explained. “Our expectations are not new things, really, but rather how we deal with the fundamentals that affect the country.”

One of the concerns raised by Louisy related to the need for reducing the duplication of information submission when doing business. However, the Customs Department came in for high praise, the Comptroller in particular, who has made conducting business at that department less cumbersome by eliminating unnecessary submission of paperwork. Today, online submission for some documents and the electronic release of cargo is the norm.

Nevertheless, Louisy lamented the slow pace of implementation of the ease of doing business plan which seeks to transform the manner in which the public sector interfaces with the business community.

Louisy said the local business environment has “toughened and become more challenging”, especially with more players, increased competition, and the influx of regional and international companies. The dynamics of the business environment, he said, are no longer the same as a decade ago.

“So you have to fight harder,” Louisy said. “The cost of doing business has increased, so they are working harder to sometimes remain in the same position or to grow.”

Another of the Chamber’s concerns relates to government’s announcement about the proposed implementation of a reduction in the corporate tax slated to take effect last year. Thus far, he said, that has not happened.

Despite the many challenges, Louisy said the Chamber does its best to adapt in order to remain relevant to its members’ needs, many of which continue to change and become more demanding. Apart from looking after its members’ interests, he said, the nation’s interest are also a priority since what’s good for the business community is also good for the wider community.

With Prime Minister Dr. Kenny Anthony set to deliver his Budget Address shortly, Louisy said the big picture rests on how government manages its fiscal policy, including being able to generate reasonable levels of revenue as well as being fiscally-disciplined in their spending.

“We have to look at whether we are running our country in an efficient manner and whether this is the best way,” Louisy stated. “Can these things who are necessary be done more efficiently and cost effectively. Because ultimately it is the taxpayers that fund government; government does not generate or create wealth by itself. It is the people who have agreed to be taxed.”

With the Citizenship-by-Investment Programme (CIP) poised to generate much-needed investment and cause increased economic activity, government expects the spin-offs to ameliorate the high unemployment rate and three successive years of economic contraction. However, Louisy is concerned that if not instituted properly, the island’s reputation can be damaged.

“So everything has its pros and cons. But, essentially, the business community is looking to see how economic activity can be spurred along,” Louisy said.