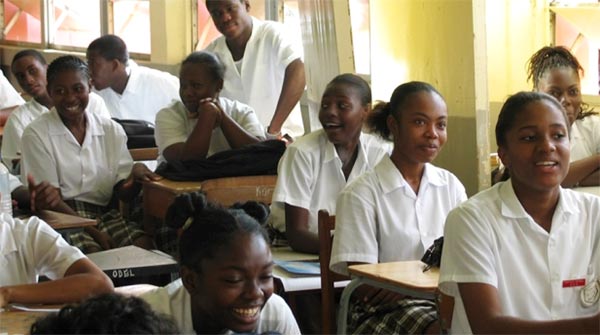 THIS “Do it yourself” DYI style of governance that Prime Minister Dr. Kenny Antony and his administration have openly adopted in their valiant efforts to both perpetuate and cover–up its failures in office must be strongly denounced. Simultaneously the hacks who are seeking to promote this irresponsible approach to running the country are doing a great disservice to the nation.

The government has its distinct roles and responsibilities which are separate and apart from what citizens are empowered to handle for themselves to enable their own personal development.

The administration of the Saint Lucia Labour Party, SLP has now botched four years of opportunity to stimulate job opportunities in any remarkable way. It must be singled out that they have done precious little that would usher in hundreds of young, unemployed Saint Lucians into the job market in droves, as was promised. Instead this process seems to have atrophied. No if’s no but’s. The SLP hacks love to run with the cliché that no administration has ever completely eliminated unemployment during their tenure in office. This is true but that is not the sore point for the people. The sore point for them is that they are deeply disappointed that the Kenny Anthony administration has not delivered on their own promises. Knowing that no government has ever eliminated unemployment to zero, why did the Kenny Anthony Opposition of 2011 have the nerve in the current economic climate to campaign on the ticket that it would provide jobs, jobs, and more jobs if they formed the next government?

The country is clearly suffering from the double jeopardy of unemployment and employability. The unemployed youth are being chided for not being sufficiently innovative by political functionaries better known as hacks. This is an unfair assessment and is particularly shameful when dishonesty is involved. To be innovative is to have a vision however, without the enabling environment, where can a penniless youth turn with just a dream? Let the hacks be honest and realistic in the public interest.

Is there an enabling environment at the level of financial agencies for provision of collateral free loans? Even in those instances clients would require guarantors. Perhaps the hacks don’t know this but because of the current economic woes citizens are under many young persons cannot find guarantors to back them for loan commitments. Many young, innovative thinkers have claimed that their dreams were “stolen” when presented to certain persons and lending institutions for financing, while they were left in the cold. Of course there is room for young entrepreneurs to be harnessed but the insinuation seems to be that they must all start off unsupported and in the most unskilled or unpromising of areas such as grass cutting. There are those youth who put in the hard work to achieve amazing results at school exams. We can well understand their unease and reluctance to go to sell icicles by the roadside or bus stop or swing a cutlass as their first career step.

Further if this is the recommendation of the hacks, then surely they have forgotten their government’s limited options for self-employment in the manufacturing sector. In essence there is already a grave problem of market saturation and over vending. It would be very useful for the government to regularly publish the wonderful avenues that they have made available to assist young school leavers who may be armed with this innovative business plans or marketable skills but have no start–up funding. Getting the right support is central to successfully generating self-employment.

The start–up phase of establishing business initiatives is the most difficult stage for most experienced entrepreneurs (talk about the ease of doing business) here. Once the business gets off the ground there is the worry of existing competitors who command a larger slice of the market, inadvertently hindering the rapid growth of nubie businesses. In the meantime potential customers have less disposable income to spend because their salaries are so heavily taxed by the state. There are youth who manage to overcome the hurdles, but they are the lucky few. In a world where money is required up–front for almost everything or service how many young people will really make it? Hacks seem to have a lot of concepts in mind that are not based on facts. To glibly suggest that more school leavers should become self-employed to “help themselves” instead of awaiting a government or private sector job is not altogether bad advice; however it implies correspondingly that there is a promising climate for business ventures to do well. Young investors are not to be stifled in any way; whereas facilitation and support systems should be readily available.

It is all at the individual’s own risk. This is a depressed economy in which past established businesses which once prospered have now sunk and disappeared. In fact the Kenny Anthony administration has put little in place to assist in alleviating this issue. Therefore, this option of self-employment is not as attractive to young people as the politicians and the hacks disguise it to be. Too often time this government’s mechanisms to help the youth turn out to be a dress on a broomstick or shallow sound bites for the news. Should unemployed school leavers put necessary DIY structures in place for themselves or is it the job of the government to do so?