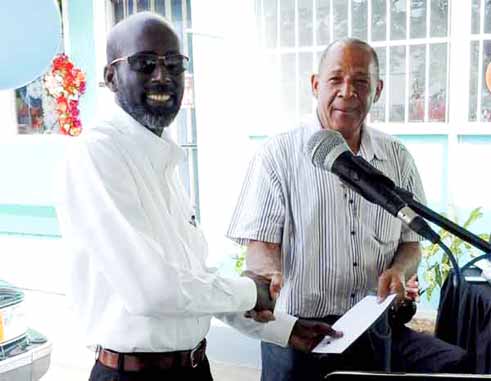 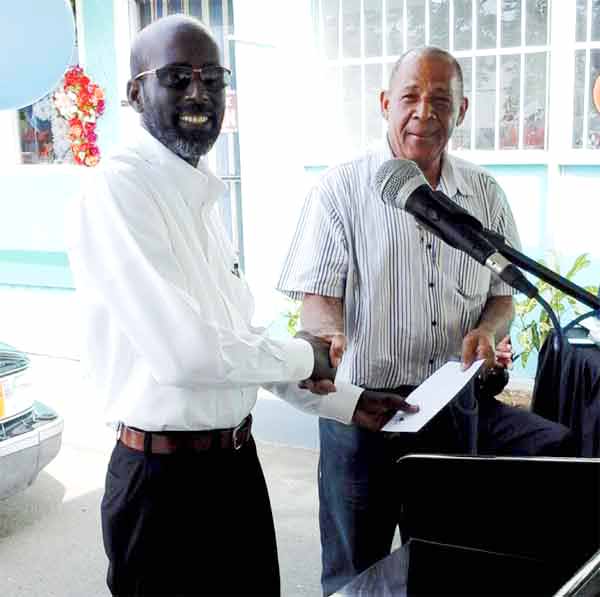 THE nation has been put on alert following the disclosure that over 100 Saint Lucians have had one of their limbs amputated as a result of diabetes over the past two years.

This chilling development has the President of Saint Lucia’s Diabetes and Hypertension Association, George Eugene, calling on Saint Lucians to live healthy lifestyles.

Eugene will tomorrow take to the streets to spread his message and that of the Association with a moonlight walk through the business sector of Castries; just one event in a series to observe diabetes month (November).

But the number of amputees to date, as unsettling as this may be, is not as dreadful as the shocking announcement by Eugene that the age range of Saint Lucians dying from diabetes keeps falling year after year.

“Now we have persons in their thirties and forties falling victims to diabetes,” a clearly exasperated Eugene told this reporter.

“Saint Lucians are not taking the diabetes issue seriously. A lot of them are walking around with high sugar levels. We have been trying, as best as we can, to create awareness of the disease, warning Saint Lucians about its effect, letting them know about what we, the Association, are doing, yet too many Saint Lucians are being diagnosed with type two diabetes,” Eugene said.

Of concern to the Association is the alarming number of persons with amputations, 90 percent of whom, according to Eugene, are as a result of diabetes.

He had even more distressing news about the dialysis situation in the country, which is the process of filtering the accumulated waste products of metabolism from the blood of a patient whose kidneys are not functioning properly.

He believes that a reduction in the prevalence of type two diabetes will result in an increased in productivity in the workforce.

“In Saint Lucia we do not have figures but you can be assured that it costs hundreds of millions of dollars in lost productivity. The Saint Lucia Diabetes and Hypertension Association is reaching out to all persons to provide support in any way possible to decrease and prevent diabetes and hypertension,” Eugene said.

The Association is now grappling with the question of how to change the Saint Lucian mindset regarding diabetes, despite its recognition of the magnitude and impact of the disease and the common risk factors that the disease is associated with and the urgency of action needed.

The Association believes that it could help in that regard by changing its to that of a well-organized business that provides the necessary resources that can assist Saint Lucians in making better lifestyle choices.

The Association is looking at expanding its one office operation into an island wide service and has drawn up a business plan to that effect.

“However the present constraints are that we do not have the financial capacity to go forward with the plan on our own. We need the government, public and private sector agencies to guarantee a loan from the Development Bank to allow us to upgrade our services to the nation, and to help reduce the cost of diabetes management to persons living with diabetes and hypertension,” Eugene said.

He said that should the business plan be given the nod by the powers that be the Association will be in a position to train nutritionists to help persons in the various communities eat healthy, which can help prevent the onset of diabetes. This, Eugene added, is an important part of effective management of all types of diabetes that also helps in avoiding the onset of complications.

“We will also be able to organize fitness clubs in each community to meet the goal of diet and exercise as one of the areas of reducing the onset of diabetes and hypertension. This (business plan) will also help us to train more foot care practitioners who will help us with early detection to avoid amputation. We will also be able to do a lot more regular educational programmes on radio, television and in the communities,” Eugene said.

This month is Diabetes Awareness Month and the Association will join the rest of the world next Sunday in observing World Diabetes Day with its theme ‘Healthy Eating and Diabetes’.

The Association will be engaging in a number of activities for the month including the walk tomorrow which starts at the Derek Walcott Square at 5:00 p.m., and ends at the Vigie Playing Field. A short ceremony will follow in which there will be talks on diabetes and its effects.