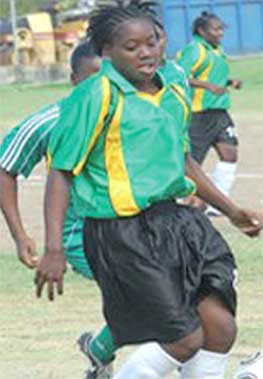 Upon going to press last evening there were no final scores coming in as to which team made it to the semi final round of that competition.

Meanwhile, in matches played earlier this week Entrepot Secondary and George Charles Secondary played to a 1 – 1 draw. Entrepot took the lead in the 28th minute when Aalia Joseph beat the George Charles custodian to commence a celebration on the bench. But that was short lived as George Charles EulitaProspere equalized to give both teams a share of the points.