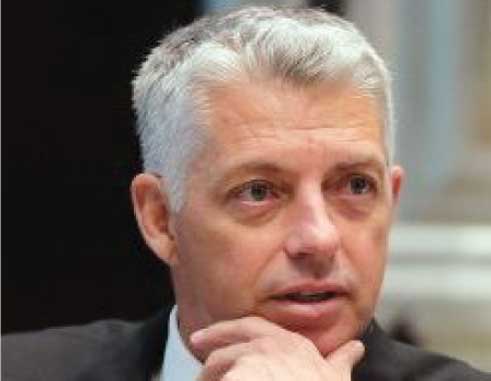 ON the eve of another exciting opportunity for the best Associate and Affiliate Members (AMs) to qualify for a major ICC event, the success of the ICC Development Programme is illustrated by the fact that there are now more people playing cricket outside the 10 Full Members than ever before.

Indeed, the number of cricketers has increased in those countries three-fold in just the past six years to the point where there are now 1.4 million male and female participants currently involved in formal cricket programmes beyond the traditional boundaries.

As the ICC World Twenty20 Qualifier, hosted by Ireland and Scotland, is set to start tomorrow, the truth is the Associate game has never been so buoyant as it is today. This is due, in no small part, to the phenomenal financial investment that flows from ICC into its members, both in terms of direct funding and also opportunities afforded through high-performance programmes and tournaments.

The ICC’s Development Programme was launched in 1997. Then, there were 26 Associate and 10 Affiliate Members. Seventeen years later, the ICC has 95 Members (below the 10 Full Members), including 57 Affiliate and 38 Associate Members.

ICC Chief Executive David Richardson said: “Cricket around the world is in rude health with more people playing the game outside the Full Members than ever before. This is a tribute to the hard work, passion and dedication of people within the Associate and Affiliate Members as well as the significant financial and other resources passed on from the ICC.

“As the final preparations are put in place for the ICC World Twenty20 Qualifier 2015, this is another special opportunity for those Associates to claim a place at a major ICC event. The ICC World Twenty20 2016 in India will no doubt be a spectacular tournament. No fewer than six places are available for the best sides outside of the Full Members and I know that competition will be fierce over the next three weeks or so as we determine exactly which teams will be travelling to India next year.”

The ICC Development Programme is tasked with building a bigger, better global game by assisting the 95 AMs grow and improve the standard of cricket within their territories. This is done through direct funding, the funding and management of qualification pathways to major events and the provision of guidance and advice in the crucial areas of administration, domestic participation, high performance, education, fund-raising and promotion. This includes senior men’s and women’s cricket as well as the youth game.

Richardson added: “The ICC is committed to growing the game beyond the historical heartlands and our Development Programme is reaping the rewards of its investment. All over the world, people are taking up cricket for the first time and, through the game’s unique spirit, lives are being changed for the better.