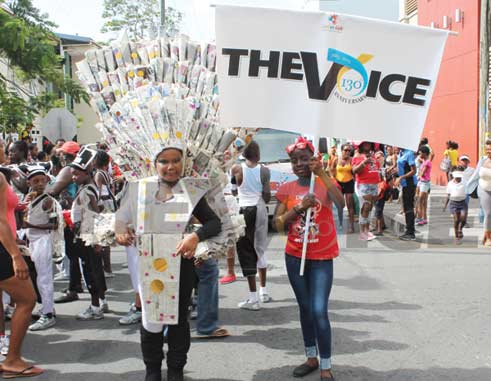 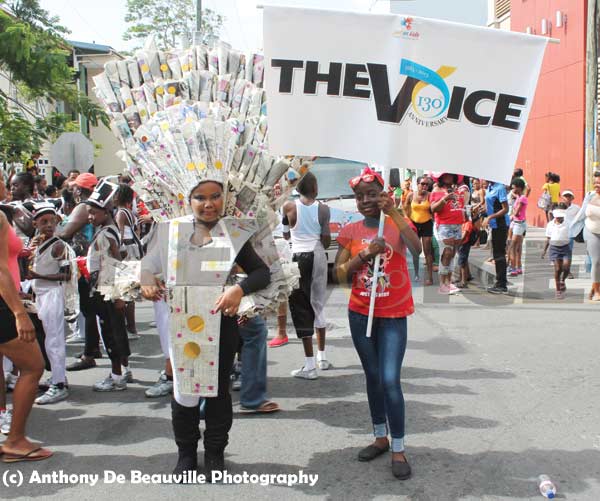 FOR decades THE VOICE has been chronicling carnival events but never being the subject of any portrayal itself.

This year has been an exception. As a sponsor of a section of Barry George’s multi awarding winning band, Just Us Kids portraying “Commercial Break: Tribute to our Sponsors”, THE VOICE which is celebrating its 130th. anniversary this year was thrust into the spotlight winning a second prize (Individual) through Amelia Charlemagne portraying “Spreading the News” in last Sunday’s Junior Carnival.

BELOW: Seven bands competed in the colourful and energetic parade of junior revellers portraying various themes. Just us Kids picked up wins in all four categories of the competition, including the coveted Band of the Year.” 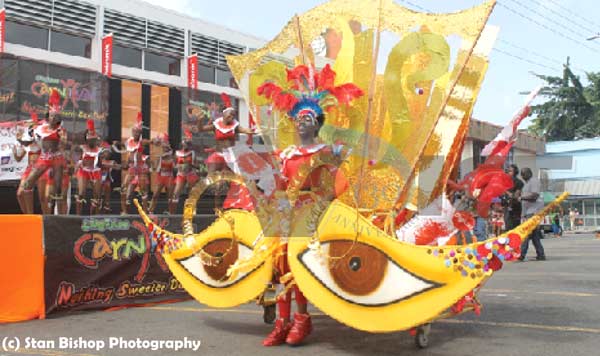