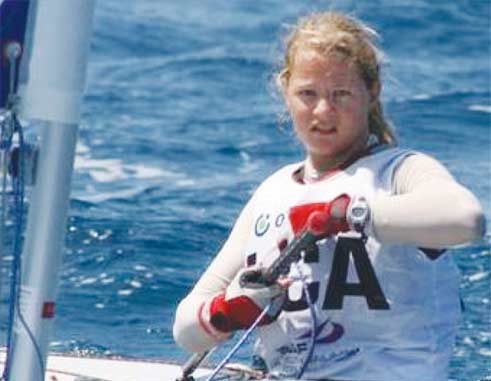 ST. LUCIAN athletes have commenced their participation in the Pan Am Games currently taking place in Toronto, Canada.

“There was a strong current pushing across the race course which affected the race strategy in the 3-5 knots of patchy wind.

“Our pre race strategy on the first race up the first beat was to go right up the first part of the beat then left on the approach to the windward mark and to watch the lay line to the mark on the downwind to sail the shortest distance taking the current into consideration.

“In the Women Laser Radial, Lovell had a good solid start in the middle of the line and started to execute her game plan. These were tough conditions as the wind was very patchy and light out, making it hard to predict and see where the wind would be. Lovell rounded the first mark in eighth and held this on the downwind leg.

“Then she had a good second beat to round the second windward mark in 4th. Holding on to this position on the reach, a mistake on the second downwind leg of sailing too far against the current meant she dropped some places, and she crossed the finish line in seventh place (out of 16).

“A solid start to the regatta, in the top half with 11 more races to go.”

The second race of the day was abandoned due to the fickle breeze completely dying out.