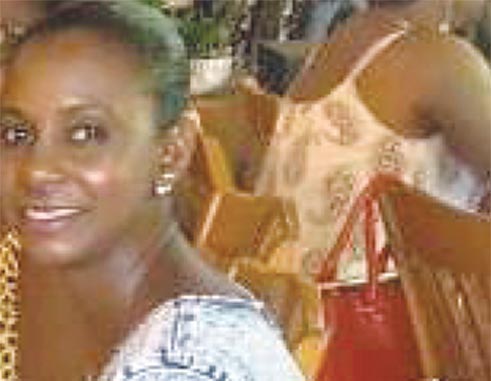 AS wondrous and brilliant as Social Media might be, I would really like to be around when that giant is toppled and is dead…I think I might only shed one single tear and that’s it!

It is frustrating to see something that was created to bring people together whether it be through reconnecting long lost relationships or building new ones, being misused in such an evil matter.

Some, if not most, may say that it’s human nature but I dread to swallow that bitter pill that tells me that this is what humanity has become where love and unity have become solely hate, savagery, and all that is negative.

It is also sad and scary that teeny St. Lucia has followed suit to become a mean spirited pit of negativity as opposed to the beautiful and loving nation that we oh so love to portray ourselves to be…I know that part of us still exists but like a burning candle, that goodness is seemingly nearing the end of the wick.

A young lady who happens to be a mother, a sister, a daughter, a relative, a friend, a St. Lucian, a human being has just lost her life in a horrific way yet instead of mourning this loss, some individuals have decided to treat her demise like it was an animal on display at a city zoo.

It bemuses me as to why some individual would not only feel the need to record the scene of the incident for personal reasons but then I’m further bewildered by the fact that this…individual felt the need to post the video onto Facebook and implore people to “like”, “comment” and “share” the video.

And just when I thought this country had run out of surprises to spring, it went ahead and showed that there is a lot more hidden under its sleeve after hundreds of people, including very well known and influential ones went ahead and shared the damned thing…I don’t know who’s worse, the one who put the video out there or the idiotic sheep who went on to spread it by sharing it for the world to see.

What possible good can come out of this? Please someone tell me…Don’t worry, I’ll wait for a good answer…wait, do I hear crickets?

It’s as if the longing and need for likes and attention has driven people to the point where the words humanity, empathy, conscience, dignity, and consideration are no longer in their vocabulary and they no longer know the meanings either.

So what if social media is there for all to use? So what if we have the freedom to post whatever we like? So what if others are doing it too? The fact that you are able to type and post nonsense online shows that you are not jellyfish…you have at least something, however tiny it may be, floating around in that thick skull sitting on your necks…use it and stop being part of the problem.

Some people have gone out on a limb to try justifying their actions by calling people hypocrites claiming that most people view and share such videos anyway so why complain when others do…what a load of hot steaming malarkey.

Speaking for myself, I choose not to ever go out of my way to view such images…even though they pop up on my news feeds etc. but that’s just me. If I were to speak for others, I’d put it all down to curiosity which is natural. Yes, people do view the videos…but the buck stops when you take the time to share it for others to see and this is where the problem lies. If you can stomach such sights and it is there to be seen then by all means, but why can’t it stop with you? Where is the teachable moment that makes you feel the need to repost these things? What are you hoping to achieve?

God forbid such tragedy strikes these individuals but you can bet your right arm that should it happen, again God forbid, I’ll be watching because I’ll be damned if these same individuals would want videos of their loved ones being shared across the internet in that way for slack-jawed fools to jeer at and pass judgement upon because yeah, I forgot to mention this…even with such a tragedy, people were still flinging nasty comments about the deceased like monkeys flinging their excrements around.

As for that matter, I won’t even go there because I’ve spoken about it enough and I know that no number of words and criticism will cure such idiocy. Ignorance surely is bliss for many and they love wallowing in it like a pig in muck so I speak only to those who rise above these lowlifes and know the difference between wrong and right, tasteful and tactless, news and careless gossip.

I’ve sent out this call a number of times and I’ll do it again: it is long overdue for laws to be implemented to punish people who not only post but have such videos in their possessions. It is high time that these individuals are made examples of and that the law book is thrown hard at them.

Heartlessness and idiocy have become the new Chikungunya, HIV/AIDS, diabetes and cancer all rolled into one, and be afraid my fellow St. Lucians, because it is highly contagious.