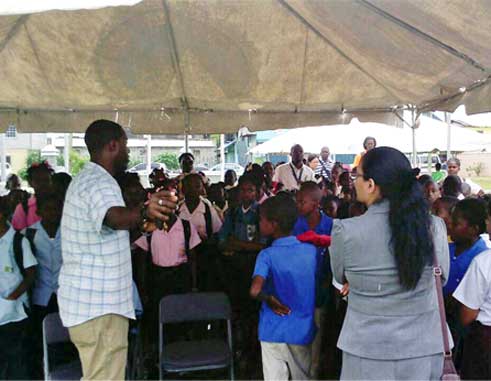 THE Saint Lucia National Trust (SLNT), in collaboration with the Fisheries Department is implementing a national campaign dubbed ‘This is Who We Are’.

The campaign was launched in April this year and culminates in August. It is intended to enhance people’s understanding and appreciation for the value of the Pointe Sable Environmental Protection Area (PSEPA) and other Marine Managed Areas to their personal well-being.

The campaign targets include clarifying the rationale for designating marine managed areas; improving public understanding of the interconnections between marine and terrestrial eco-systems and changing attitudes and behaviours for a more positive impact on marine ecosystems and other protected areas.

This campaign is part of a regional initiative being implemented in six other member states of the Organisation of Eastern Caribbean States (OECS) with similar objectives. The initiative is being undertaken under the scope of the Eastern Caribbean Marine Managed Areas Network (ECMMAN) Project under its “Communicating for Conservation” programme coordinated by The Nature Conservancy (TNC), and funded by the German Federal Ministry for the Environment, Nature Conservation, Building and Nuclear Safety (BMUB).

A series of activities has been planned targeting various sectors and age groups. One of these was a school expo which took place on Tuesday at the Vieux Fort square. The main thrust of this activity was to expose students from the south to Marine Protected Area (MPA) related issues.

Students engaged in interactive exchanges with various presenters on topics ranging from marine and terrestrial biodiversity in Saint Lucia; livelihoods within the PSEPA; personal responsibility and making wise decisions to protect marine resources. They also participated in entertaining but reinforcing activities which will focus on the PSEPA. Popular local artistes, Ambi and J-Mouse rendered a special performance of the campaign theme, song ‘This is who we are’.