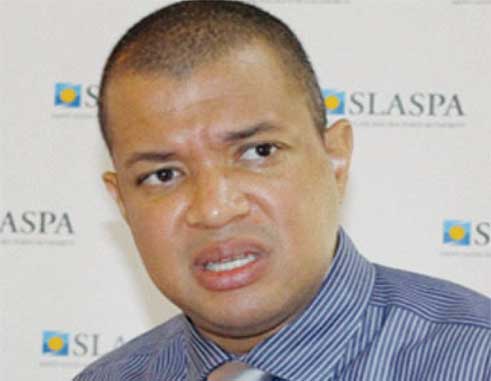 Talks Underway With Workers Reps In Castries And Vieux Fort.

THE Saint Lucia Air and Sea Ports Authority (SLASPA) is currently assessing its operations in an effort to improve efficiency and drive the profitability of SLASPA.

As a result, the association has proposed an alternative system of employment for stevedores, the dockworkers who load and unload cargo from ships.

SLASPA General Manager, Keigan Cox, said the proposal is one of many being discussed in the public forum for review and advice on how such arrangements may affect the various stakeholders.

“This is a proposed framework, but we are engaging [stakeholders] for discussion, for review, and advice before implementation,” he began. “It seeks to reform the current labour regime for stevedoring. We want to allow the formation of labour companies that own and develop relationships with shipping entities and provide a service to them.”

The arrangement will allow stevedores several benefits, he said.

“This allows better ownership of their future, the opportunity to benefit from a severance package; and likewise facilitate and assist with the development of a commercial entity that provides labour services to SLASPA and other entities involved in the trade of shipping.”

Cox revealed that SLASPA has already begun negotiations in Vieux Fort and hopes to apply a similar arrangement at Port Castries.

In Vieux Fort, a Memorandum of Understanding has been formulated for signing, upon which SLASPA will make severance payments, and assist with technical support for the formation of the labour company.

“We wish to take the same concept to Port Castries,” Cox explained. “We have had discussions with the Seamen’s union and we have received their consideration to continue those discussions. We want to ensure that this is supported by competitive pricing and that it will allow the stevedores greater ownership of their future.”

SLASPA will provide technical support on health and safety standards, Cox added, but the development of the business, and the provision of the service will be up to the workers.

“Times have changed, and this service requires reform, investment, partnership and [a plan] that seeks to drive profits,” he said. “If we don’t do so, we will not be able to attract business to our shores, or be able to retain employment, or grow the business. If we don’t do so, SLASPA will fail.” (GIS)