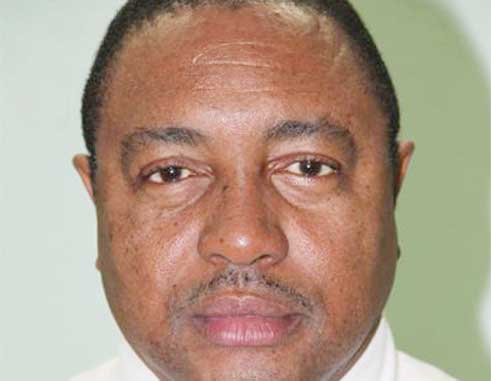 THE Labour Department is under pressure to better perform because of public perception that it is not handling workers grievances to their satisfaction.

The pressure is being mounted on the department from different quarters with the latest criticism coming from the Permanent Secretary in the very Ministry of Labour.

Titus Preville this week gave the department a passing grade for its handling of workers’ grievances, but also lamented that the level of confidence of workers there was low and so too was morale.

“The perception of the Labour Department in the public is negative,” Preville told employers who attended their Federation’s 54th annual general meeting at Windjammer Landing Villa Beach Resort Wednesday.

But Preville is not the only high ranking person in labour relations who thinks the Labour Department needs brushing up on its act.

President of the Trade Union Federation, Julian Monrose, just two months ago, lambasted the department saying that it was archaic and needed to function efficiently.

Monrose, who also heads the Saint Lucia Teachers Union, said that there were cases in Saint Lucia where the relationship between employees and employers was good and other cases where it was not good and needed improving.

He added then that there were cases upon cases piling up at the Labour Department for want of attention.

“There are employees who have given up waiting for their cases to be heard. When those cases do come up for hearing at the Labour Department they are handled badly,” Monrose said.

Tyrone Maynard, President General of the National Workers Union is also displeased with the Labour Department having had repeatedly called on it to intervene in matters of discord at workplaces, complaining over and over of the department’s tardiness in dealing with matters involving employees and employers.

However Preville, who is new to the position he holds at the Ministry of Labour promises to put some vigour into the department, moving it to acquire that get-up-and-go spirit which would augur well for labour relations in the country.

He said he is looking at not just the department but also at the Labour Code and other areas that could improve the country’s labour relations landscape.

So far he has touched base with the Labour Tribunal, which is chaired by retired High Court Justice Michael Gordon. The tribunal is a creature of the Labour Code, however it is not functional, as noted by its chairman who delivered the feature address at the employers meeting.

“There is no estimate in the budget for our expenses, no stipend as the law requires,” Gordon said.

However the chairman gave Preville the thumbs up for his efforts at reviving the tribunal, which had been stagnant for a year and a half, saying that since he (Preville) came into the picture, the tribunal has been rejuvenated.