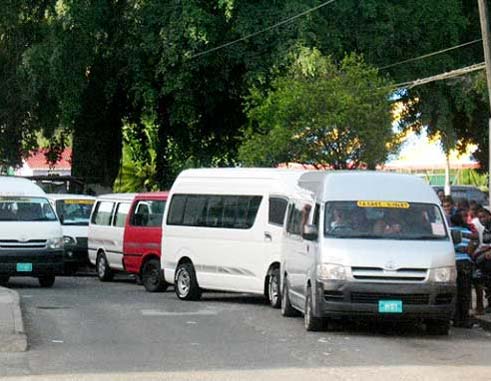 THE much talked about cashless system for minibus operators seems to have found favour with Gros Islet bus operators who have agreed to commence a pilot project.

Godfrey Ferdinand, president of the National Council on Public Transportation confirmed that the bus operators want the pilot project.

“The Council is now putting everything in place for the commencement of this pilot project for the Gros Islet bus operators. I would like to say it would be on stream this year but I can’t. However, I would be very happy if it comes on stream this year,” Ferdinand said.

The Council has been contemplating the introduction of an islandwide cashless system for bus operators for quite some time now.

The idea emerged from meetings held by the Council on ways to minimize or stop completely attacks on bus drivers by bandits out to steal the bus fares drivers carry on their persons.

Bus drivers across the country have been routinely targeted by thieves who steal their day’s takings.

Bus drivers on the Castries/Gros islet route have been robbed more than their counterparts on other routes, their route being the most lucrative of all.

They started agitating for firearms to protect themselves from the bandits but that had its problems and went nowhere.

The Council looked at several other ways to deal with the problem, from calling for more police presence on certain bus routes to working out a shift system for its drivers.

The cashless system did have its critics amongst operators when it was first proposed but slowly started getting traction.

The Council hopes that bus operators on other routes would follow the Gros Islet bus operators should the system prove successful on the northern route.