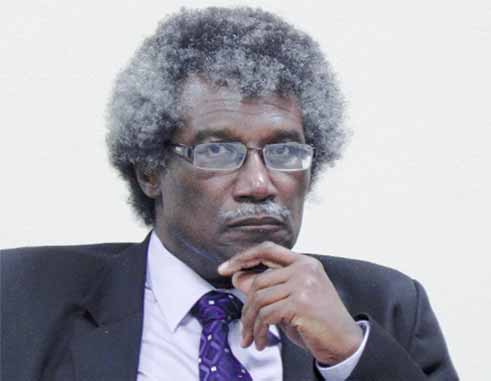 WHILE central banks have a monopoly on the issuance of fiat money, the people who actually lead such banks cannot be said to be sole custodians of economic and financial knowledge. Since the dawn of free-market financial ingenuity, central banks around the world have demonstrated through their policy of term limits, rotational leadership and succession planning that when it comes to monetary policy and economic management, there is indeed no monopoly of wisdom. Just recently, the governing British Conservative Party proposed a one-term limit for the governor of the Bank of England in an effort to ensure and promote good corporate governance and democratic accountability.

Alan Greenspan, the financial maestro himself, who served as Fed Chairman from 1987 to 2006, and whose easy-money policies during his tenure have been suggested by some to be a leading cause of the sub-prime mortgage, had limited use despite being praised by President Reagan during a White House ceremony as “an economist’s economist”.

The Eastern Caribbean Central Bank (ECCB) on the other hand, has had Sir Dwight Venner at the helm since 1989, making him the longest serving central bank chief in the world. Most people wouldn’t even remember Sir Cecil Jacobs who served as the venerable institution’s first Governor from 1973 to 1989. Sir Dwight has often belaboured the point that the ECCB and the OECS economies need to make significant policy adjustments and I do agree. However, I believe a leadership adjustment at the helm of the institution might be more critical at this juncture to help foster greater institutional vibrancy and improve the way the system responds to financial innovation and future crises.

Essentially, the ECCB was established as the monetary authority for eight countries namely Anguilla, Antigua and Barbuda, Dominica, Grenada, Montserrat, St. Kitts and Nevis, Saint Lucia and St. Vincent and the Grenadines. Against the backdrop of a financial and economic crisis in 2007-08 which severely affected OECS economies, Sir Dwight did reasonably well in maintaining the stability of the Eastern Caribbean Currency Union (ECCU) financial system. As far back as I can remember, the EC Dollar has been pegged to the US dollar at a rate of $2.65 and $2.70 since 1976, unlike Guyana, Trinidad and Tobago and Jamaica where catastrophic currency devaluations have occurred.

That notwithstanding, central banks today are much more than monetary institutions managing exchange-rate mechanisms and risks. In reality, they have become economic change-agents and pacesetters that are expected to use financial innovation and growth strategies to bolster private and public sector dynamism and advance the socio-economic interests of their respective economies. Given the economic stagnation and loss of competitiveness of the economies of the OECS, it’s not at all farfetched to conclude that the ECCB has been inadequate in stimulating economic growth and bringing job security to the OECS region.

Regrettably, some economic policy mistakes have been made as well in terms of regional trade financing. As it stands, OECS WTO Members do not have national programmes for export credit, insurance or guarantees. The export insurance facility provided by the Eastern Caribbean Central Bank (ECCB) for manufacturing exports, covering political and commercial risks was terminated in 2009.

The view has been expressed that Sir Dwight’s long tenure spanning 26 years may be affecting positive change, transparency and democratic governance within the ECCB; and this may be so despite his significant contribution to the region to date. Furthermore, there is the urgent need for the bank to expand its communication with the public and its relationship with its stakeholders.

By and large, institutional leaders who remain in office for so long often have a tendency to become self-centred and narrow-minded, the consequence of which could be the creation of a risk-adverse culture that squelches creativity and inadvertently contributes to group-think. Going forward, I strongly believe the institution needs a fresh face with a new and reformed mandate to take on the challenges of debt management and monetary reforms, and spearhead a growth agenda aimed at sustained and balanced economic growth in the region. Assuming Sir Dwight is replaced or retires soon, the new Governor of the ECCB must be someone with proven experience in dealing with international economic matters, particularly in tough times.

Moreover, after nearly three decades under the stewardship of Sir Dwight, the regional monetary authority needs fresh ways of thinking about organizational effectiveness, systemic risks and financial markets. Self-evidently, the new leadership will have its work cut out for it and will need to face up to the challenges facing the region particularly as more public calls are made by regional economists and politicians who clamour for a revaluation of the artificially high exchange rate regime which has allegedly contributed to high unemployment, weak economies dependent on foreign grants and loans, many small businesses being forced to close down, and very high public debt.

At any rate, the call for new leadership at the ECCB is nothing new. Sir James Mitchell, former Prime Minister of St. Vincent and the Grenadines first called for Sir Dwight’s resignation in 2013. In a national interview, he remonstrated: “Where was the Central Bank with the destruction of the middle class by CLICO and British American in St. Vincent and throughout the Caribbean? Where is the Central Bank in all that? I suppose he will say now he has nothing to do with building societies. Dwight Venner has been there too long. He is the longest serving central bank governor in the world. We need fresh thinking and fresh vigilance in these financial institutions.” When asked about his perspective on Sir Dwight’s lengthy tenure, he pointed out: “I was one of the persons who put him there, but…same way we have to look for succession in politics, we have to look for succession in our institutions. And it is very, very sad what has happened there with Building & Loan,”

Further, it is alleged that the Central Bank has been bedevilled by internal issues concerning governance, transparency, conflict of interest and staff turnover, even as commercial bank charges across the OECS are prohibitively high and growth is limping along in a few of the states of the ECCU.

A while back, an SVG newspaper reported that an unsigned letter from a concerned employee of the bank was addressed to the Prime Minister of St. Vincent & The Grenadines, Dr. Ralph Gonsalves in his capacity as Chairman of the Eastern Caribbean Monetary Council and was written under the headline banner, “Terrorism at the Eastern Caribbean Central Bank.”

Based on the newspaper source, the contents of the letter read: “Board members cannot be allowed to continue to collect board fees only to make the easy decisions and leave the hard ones. The time has come for new leadership, new ideas, new enthusiasm, new initiatives, new methods and new people in key positions. We have seen this kind of change take place on a regular basis at all the other central banks in the region. We however, continue to do the same thing, the same way, with the same people and expect a different result. That will not happen. Hard decisions have to be made by real leaders to propel our Bank and our Region forward… The Bank is in very serious trouble. Productivity is at an all time low, employees are leaving at an unprecedented rate, its ability to attract new quality employees is at an unprecedented low, some departments of the Bank have now become totally ineffective; most persons in management are job hunting.”

The region clearly needs a new growth thrust and the ECCB can help deliver it through renewed vigour and the more creative use of monetary policy. Principally, the challenge concerns the driving forces, visions and processes that fuel large-scale economic transformation and institutional effectiveness. Although I believe in the fullness of time, Sir Dwight will go down as one of the great economic leaders in the Caribbean, it is now time to hand over the reigns of the ECCU economies to someone else.