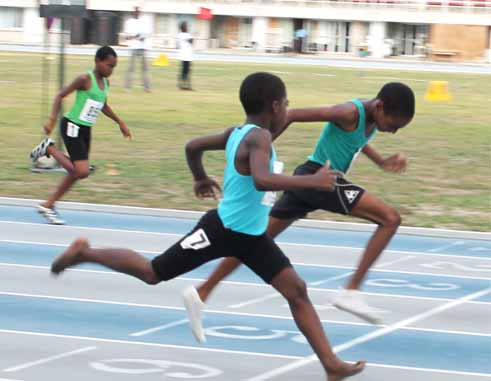 WITH 745 days to go before St. Lucia plays host to the 2017 Commonwealth Youth Games, there is still no official word yet as to the whether the island will stage the games. Tuesday saw the sod turning ceremony for the $12million new National Aquatic Centre that will be built adjacent to the Beausejour Cricket Ground for the games.

In attendance at that ceremony was Prime Minister and Minister for Finance Dr. Kenny Anthony. Following the event The VOICE had a quick question for the Prime Minister: “What is the latest on the Commonwealth Youth Games scheduled for St.Lucia in July 2017.

The Prime Minister said,“ If you recall during my budget presentation I invited the public of St. Lucia to share their thoughts and opinions on this issue we will be analyzing those comments. Cabinet is currently deliberating on the issue and the Ministry for Youth Development and Sports has made some suggestions as to a possible approach and right now we are engaged in very intensive discussions to explore the potential of that approach”.

Anthony said he wouldn’t want to compromise it at this stage so but added that within another two weeks there should be a formal announcement from the government. He added: “But don’t hold me to it, because those discussion may be a little prolonged, “But that is a plan for sure as to where we are going”.

Meanwhile, in April of this year Prime Minister Kenny Anthony however had some words of caution about the upcoming Commonwealth Youth Games. He said the island had agreed to host the games, but preliminary estimates were that it would cost at least $34 million.

He said, $12 million was on hand and $22 million was still missing, but additional costs will also be incurred, including the repairs to the George Odlum Stadium in Vieux Fort, which he said “will be closer to $8 million.”

He continued, “This still remains as the most crucial question, whether St. Lucia should proceed to host the expensive Games for prestige or whether to spend the $34 million on local infrastructural development”.

At the time when he delivered the budget he said no decision had yet been taken, but he raised the issue so Members of Parliament and also members of the public could start giving it consideration.