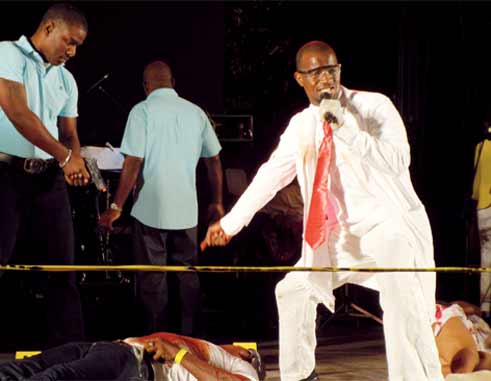 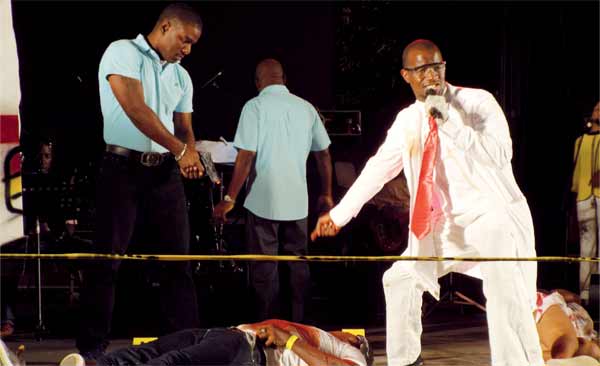 NOT surprisingly, the same song sung by calypsonians over the years was sung this year. It’s a song about no money for them to hold their various shows leading up to carnival.

We all know that calypsos are integral to carnival, especially local calypsos. The calypsonians have argued that the art-form is the engine that drives carnival and therefore it should not be in the financial abyss that it finds itself year after year.

They, the calypsonians, are also of the view that it is because of this important role played by calypso during the carnival season that government should contribute finances to its success each year.

Government, on the other hand, thinks differently and has called on the calypsonians to get their house in order and generate their own finances so that when carnival comes around each calypso tent would ably stand on its own feet.

One would have thought that after years of this back and forth and with no sign of improvement, some drastic measures would have been taken, by one side or the other so that today we would not be in the black hole that calypso and calypsonians find themselves year after year, which threatens the buoyancy of the two days of street Mas.

This year we almost did not have a Calypso Monarch competition due to late payments to the calypsonians for performances.

Also calypso tents had to merge to meet the financial costs associated with hosting shows out of which performers are selected for the final show.

And for one reason or another the calypso fever that usually sweeps the country and which brings to the shows lovers of the art-form was not present this year as fewer and fewer persons attended the shows to the extent that the final show – the Calypso Monarch competition was held at the National Cultural Centre, a far cry from the places it used to fill like the Mindoo Phillip Park and the Beausejour Cricket Ground.

In fact, due to financial constraints, calypsonians had to abandon the hosting of the Calypso semi final show, clearly an indication that their financial situation had deteriorated immensely.

The lack of finances to meet their various requirements is not the only problem faced by the calypsonians this year. As stated in last weekend’s newspaper, breach of contract and poor management of calypso tents are all part of the messy situation that faced the calypso art-form this year.

But there is hope that come next year past grievances of calypsonians would not surface again, and that hope lies in the various groups and individuals involved in the art-form working on doing what needs to be done now, right now, to eliminate recurrent woes.

Carnival 2015 is now over. The Saint Lucia Association of Registered Tents (START), an umbrella body of the island’s calypso and soca tents should begin, as of this week, to work on what needs working on so as to eliminate the problems experienced this year.