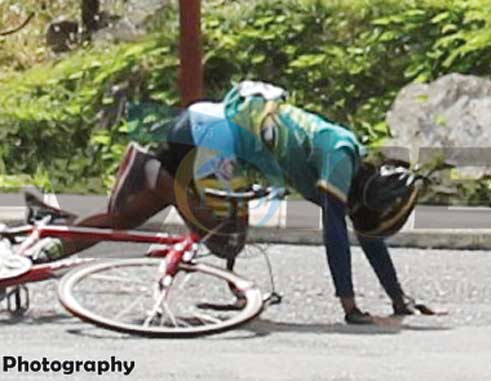 DESPITE a 90 minutes late start, it was sweet revenge for 19 year old Gillan Moses. Riding as a first year senior, Moses sprinted to victory over Fidel Esnard outside Sol Gas Station in Bexon in the 75 kilometre road race held on Sunday in a time of 2 hours 9 minutes 08.98 seconds.

The event started at the bottom of the Barre de l’isle through Bexon, Cul de Sac, onto the Millennium Highway to the La Toc round about four times to finish outside Sol Gas Station in Bexon for the senior and junior riders.

National road race champion Esnard who did the bulk of the pacing and work in the breakaway crossed the finish line in 2nd place in a time of 2 hours 9 minutes10.29 seconds and Winston Williams came in 3rd in 2 hours 12 minutes 15.49 seconds, Elvis Joseph 4th in 2hours 12 minutes 40.61 seconds and Eustace Dookie fifth in 2 hours 13 minutes 55.90 secounds.

Esnard and Moses went on a break within the first 5km of the race, and never for once relinquished the lead as a disorganized chase by the main bunch and lack of leadership by other senior riders allowed the lead to grow to well over 2 minutes at the 15km mark and over 4 minutes by the 25km mark. 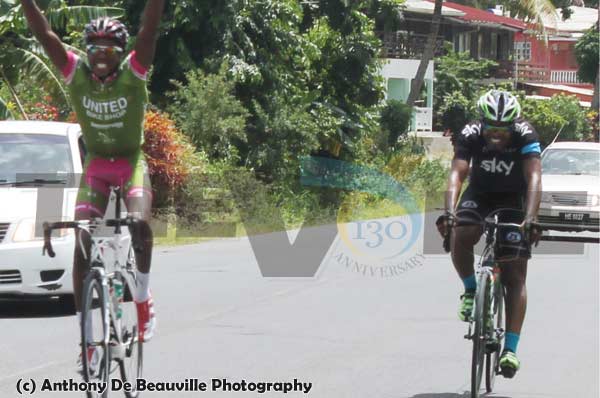 The chase started when it was too late as Antonius Jn Baptiste who tried to bridge the gap alone was joined by junior cyclist Dave Charlery; and were quickly wheeled in by the main bunch. Jn Baptiste went alone again but Joseph and Charlery went in pursuit caught up with him as they chased the leaders Moses and Esnard. The experienced Williams and Dookie eventually stormed off the main bunch in pursuit and caught up with the trio of Charlery, Jn Baptiste and Joseph.

The chasing group of Williams, Jn Baptiste, Dookie, Joseph and Charlery was shattered as Williams went in pursuit alone, but was unable to catch up to the leaders who held on to their lead. 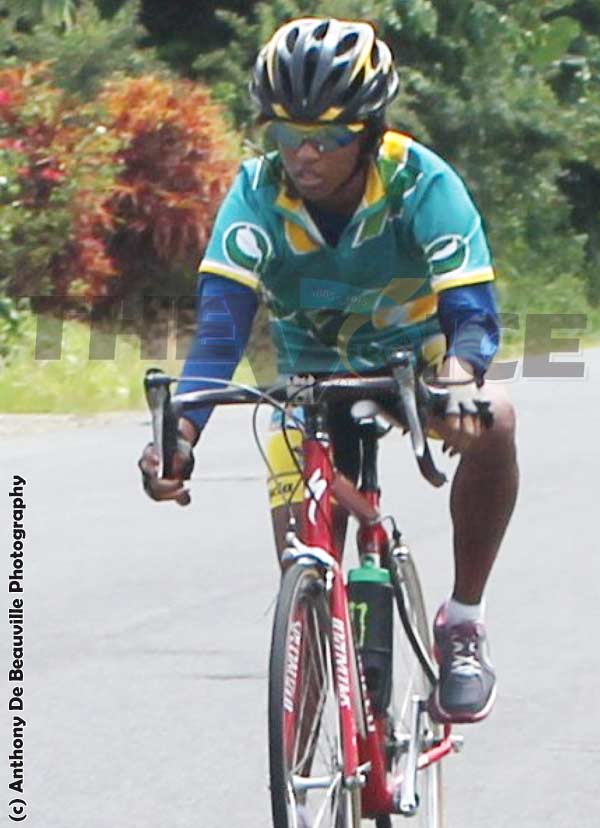 Despite falling and sustaining a knee injury after her back wheel was hit by another cyclist in the Cul de Sac junction, 15 year old Toni – Ann James showed great determination and perseverance as she was still able to complete and win the 50km race for the girls in a time of 2 hours 04 minutes 12 seconds, while SherkelAubert in the boys category stopped the clock in a time of 1 hour 54 minutes 15 seconds ahead of Ken Eugene in 2 hours 06 minutes 06 seconds.