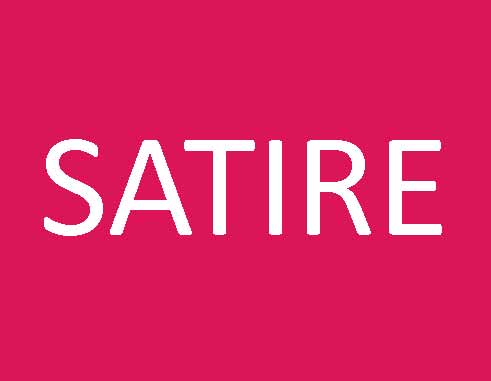 CONTINUOUS ridicule, no matter how pointed, can sometimes miss its mark, falling short of its intended victim. People are often distracted by the stress and pressures of life seeking basic human needs. The struggle for survival leaves little time for a philosophical reflection on the human condition. Suffering from ‘bare survival’ today is a serious affliction for those who have known better days. To cope, some have made an art of laughing in the face of desperation, using carnival humour and rum to accentuate satire. Unless therefore, one is prepared to look beneath the surface, the happy mask can be mistaken for the genuine as the battle for survival rages within.

This reminds me of joke by a well liked politician who is no longer among the living. A middle aged couple seemed happily married. One day the wife returned home unexpectedly and found her husband in a compromising position with the female helper – the maid. ‘I’m surprised at you Harry,’ cried the wife; ‘no, dear,’ retorted the quick-witted husband, grinning sheepishly. ‘You, my dear, are amazed………I am surprised.’ That exchange can fly past many, little appreciating either the pregnant pause, or, that surprise can mount to a thing of amazement.

The husband’s reaction served to blunt the emotional impact of his action by using satire to neutralize infidelity – but, what about the more important erosion of trust? Ah-a-ah trust; that word again! How frequently it props up in serious conversation. There seems to be a growing awareness that trust is often undermined by a lie. And once trust has been broken or eroded, it is difficult to recapture – more so if those who are lied to take such virtues as integrity and honesty, seriously.

A child who lies to its parents can soon be taught the value of speaking truthfully. Telling the truth can help modify ones’ behaviour – as does telling a lie. In time, there will be consequences to habitual lying. I recall my grandparents were absolutely convinced that the devil was (and is) the biggest liar and that every wrong deed begins with a lie. And it takes another bigger lie to cover-up the first small one. Every lie thereafter makes matters worse.

Lies spoken by leaders are even more damaging. Such lies imply that, people are too stupid to identify the lie or, that they are too timid to call such a leader out. However you turn it, lying is the greatest form of disrespect. A lie aims to deceive! And why should a leader wish to deceive his or her followers? Whatever the reply, one can say with certainty that lies beget more lies.

Sometimes leaders lie in order to pretend they are more knowledgeable than they really are. When such a leader feels inadequate he/she descends to lying rather than expose his/her lack. For example, a leader must understand global warming and it impacts on his country’s agriculture, its fishing and its tourism industries. He or she must be constantly mindful that agriculture, forestry, food production and water resources are all inextricably connected and, that cyclical seasons and food production are constant challenges to people everywhere.

The harsh global economic system severely impacts the Caribbean. A one-dimensional leader who focuses only on using the laws to embarrass his opponents ‘while Rome burns’ will not long survive. The lack of a broad base of knowledge especially in agriculture, the environment, food production and marketing and how these influence jobs and job creation will soon find a clueless leader exposed. Wise multi-dimensional leadership is the preferred choice for today’s leader no matter what expertise he surrounds himself with.

A leader who is also a pathological liar therefore has no place in the modern state. Unfortunately, some governments continue to use lies and deception as a smokescreen to blind the unsuspecting citizen. Thankfully, on a small island such as Saint Lucia it may be easier to identify and stop a lying politician before he inflicts any incurable wound. Leaders, who have tarnished the image of our dear island in pursuit of their own selfish agendas, using political power to transform themselves from rags to riches, must be stopped at all cost.

The pursuit of stolen wealth is a disease not easily cured. Saint Lucia has been put on warning. As much as we believe that Kenny Anthony has mismanaged the country and has made too many unsustainable financial and economic decisions, we ought to choose carefully who we vote to replace him. Some of the rogues who so disgraced Sir John’s political party have no more place in government.

There is a handful calling for another convention of the UWP. In my recollection no leader has had to face two consecutive annual conventions in the UWP. No leader except Sir John has won the leadership of the UWP more convincingly. The only reason some persons want Allen Chastanet out is to ride on the unpopularity of Kenny Anthony and the SLP, and to get their sticky fingers on the peoples’ money. Never again! Allen Chastanet must stay. He must do more; he must declare his willingness to work with all Saint Lucians who are prepared to put their shoulders to the wheel, to lift this island from the SLP economic-ditch. During the public addresses on platforms Allen Chastanet will have sufficient time to tell his story and explain his party’s social and economic policy.

There are those who pretend that the next elections are between the St. Lucia Labour Party (SLP) and the Chastanet family. No! The next elections are between the forces of good governance within the United Workers Party (UWP) and those disgraced liars in the SLP government. Whatever it takes, one prays that Saint Lucia will make a choice of a new government headed by Allen Chastanet, as Prime Minister. Not voting is not an option!

The people of Saint Lucia have by and large, shown an understanding of the issues. I have contested seven general elections and have taken every result in my stride. Each has taught me a lesson which I reflect upon, thereby increasing my understanding and knowledge.

I return once more to the warnings of my grandparents that calculated lying is not restricted to hungry Caribbean criminals posing as politicians. Witness what the lying President George W. Bush has done to the Middle East – and the world. The world has become a much more dangerous place since the attack and destruction of Iraq and its former leader Saddam Hussein.

The recent uncovering of corruption within the International Football Federation (FIFA) has badly tainted that body and exposed certain personalities once thought untouchable. It’s a great pity that the U.S. will act as the world’s policeman when her national interests seemed threatened. Other countries are left to fight corruption on their own. But what will the U.S. do if Mr. Grynberg, a U.S. oil magnate, wins his case against the government of Saint Lucia and the Government refuses to obey a court order against it? What if Saint Lucia wins and Grynberg refuses to pay? Will the U.S. act and will it also act in the Lambirds affair which some are cunningly turning into satire whilst punishing its poor victims? When will the ridiculing of Saint Lucians end and serious politics begin? Is it where satire misses its mark and the masses get serious…and angry?