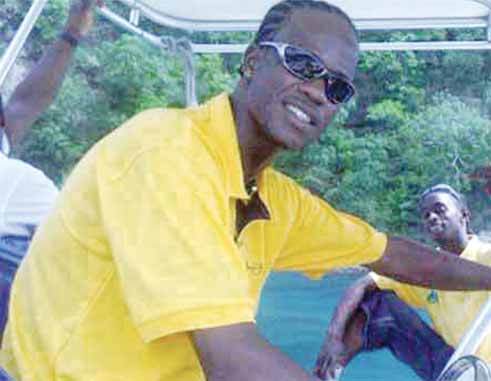 LET’S try a little exercise today. Place your mind on the person(s) that you love the most, think of your fondest memories of them, and now picture them in a bloody mess on the street somewhere…mutilated and disfigured…isn’t that simply cruel and sick of me to ask of you? After all, WHY on earth would you want to ever have such images of your loved ones stuck in your head, right?

Well, imagine not having a choice in that matter. Imagine logging on to Facebook and the first feed that pops up on your screen is a photograph of the mentioned nature of your boyfriend/girlfriend, sibling, parent, child…how would you feel?

Imagine, if the last memory that you have of your loved one is one of them dying a gruesome death and your have the images stuck with you forever.?

Well to many individuals, they didn’t have to imagine it; they lived it.

I’ve been voicing my concerns and disdain for the constant lack or regard and respect for the victims of violence, accidents etc, by people who are so hungry to be the one to break the news that they carelessly post such horrifying images for the world to see minutes after the incident.

What has this world come to where people arrive at the scene of an accident and rather then seeking help for the victims first, they pull out their phones to take photographs and videos just to show that they were there and they saw it all?

And what’s worse is that there are media houses engaging in this kind of behaviour with one in particularly standing out.

Whilst it is not illegal to do so, you would think that one would have a heart in situations like these to sympathise with the victims and also to think about their oblivious families at the time.

People have become so desensitised by these images over the years that they will even run towards dangerous situations like the scene of a shooting, stabbing etc. just so that they could get the first shots of what happened.

People seemingly barely even flinch at the sight of a corpse these days, instead, they marvel at the extent of the damage done.

I was speaking to a friend Claudia Monlouis earlier this week who told me that she was one of those unfortunate people who in that manner, learnt of the violent death of her nephew, 34 year old Kerison Joseph of La Croix Maingot who died after his motorcycle collided with another vehicle on Saturday May 16 along the Bexon Highway.

What’s worse is that she is also an employee of the Royal St. Lucia Police Force but the news reached her via an online news source before she even got the call from any police officer.

She told me that the news hit Joseph’s girlfriend especially hard as she was shown the images of her boyfriend’s lifeless body sprawled along the road. She in turn ended up rolling on the streets out of grief.

There were allegedly even several eyewitness reports stating that the victim’s head was even turned so that the cameraman taking photographs could get a better shot of his face. This news Claudia said, she could not even bear to hear the rest as she did not want to believe or even imagine someone being so brazen and heartless.

The biggest culprit in this kind of behaviour is the infamous online news source that I mentioned earlier.

As a journalist, I understand the importance of informing the public about what is happening across the island be it negative and positive but surely this can be done with a level of humility, morality, good taste and tact…somebody surely missed the classes that taught those qualities.

How can you tell me that it is allright to post (slightly) blurred photos of the wounds of said victims yet they are visible enough for one to have a full idea of the extent of the injuries?

Do ratings mean that much that people…fellow human beings simply becoming pawns?

I bet most people remember the sight of Kenny Foster writhing in pain on the day of his death as well as the others who died that same day and that’s just one example out of many.

A new law should really be considered to ban this sort of behaviour because with new technologies come more indiscretions and the situation is now way past out of hand.

This has even reached a stage where this behaviour is affecting the work and investigations of the police because when people get so close to crime and accident scenes, they are compromising the scenes and in some cases tampering with evidence.

People really need to practise the age old “treat others the way you want to be treated” mantra because again I say, no one would want the last memories they have of their loved ones to be gruesome ones so think about families of victims before letting your cravings for likes and attention on social media.

To the media houses who know better…it’s only a matter of time before someone really steps up and puts a stop to this kind of behaviour by making an example of you. I hope that you guys are ready because there really is no excuse for such heartlessness and disregard.