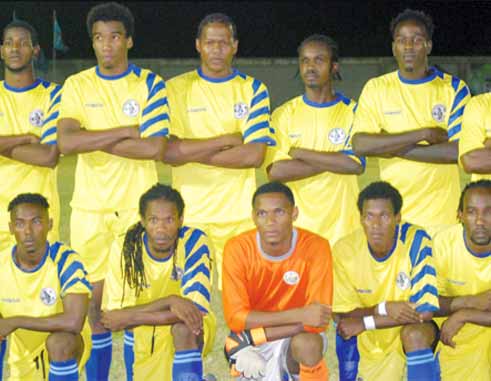 ST. LUCIA national football team will be looking for their second consecutive victory against Antigua and Barbuda tomorrow evening when they play the home team in the CONCACAF World Cup qualifying round second leg at the Sir Vivian Richards Stadium in North Sound.

The hosts at Sir Vivian Richards Stadium got off to the perfect start when TevaughnHarriette struck in the 21st minute, but it was all downhill thereafter.

St. Lucia equalised five minutes later through Tremain Paul and they held the lead for over an hour when David Henry was on target with their second.

Substitute Troy Greenidge added a third in injury time to give St. Lucia a healthy buffer.