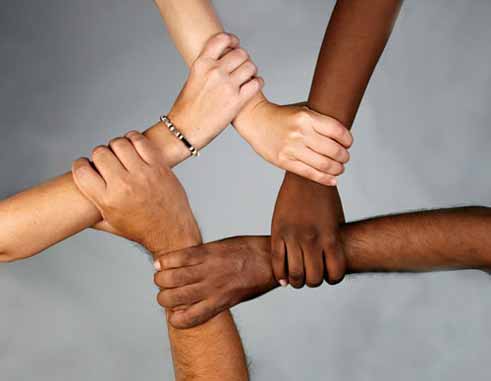 WHY is it that in 2015, the evolution of human behaviour one towards another is seemingly regressing rather than progressing? People are suffering and dying by their own doing as well as through hatred towards them simply because of the colour of their skin.

I have written on this matter in the past but I feel like I need to revisit the topic after recent occurrences, especially in the United States which have left me and many others in St Lucia and elsewhere dumbfounded..

Racism in the U.S. today is more prevalent than I’ve ever seen in my lifetime and that is scary and worrisome. Even with a black president of the United States (or half black for the whiners who like to nit pick), racism is being carried out right up in our faces in plain view and it’s as if to say there’s absolutely nothing anyone can do about it.

Something is seriously wrong when a man selling cigarettes is killed whilst being arrested by police or a 14 year old girl in a bikini is manhandled by an officer like she was in a heavyweight cage fighting tournament yet an openly racist young man goes into a church, sits with a prayer group for an hour, stands up and says he’s here to kill black people, slaughters nine innocent people…parents, grandparents, brothers, a pastor and then tells one survivor that he will let her live so that she can tell the world what happened and get this…he is arrested peacefully, without a scratch whilst carrying a pistol and he’s even placed in a bullet proof vest for his protection; deep breath I’m shaking just typing this.

Why are people sympathising with this guy and calling him mentally ill when if the deed was carried out by a Muslim, he would have been labelled a terrorist and a black man would have been labelled a vicious thug? And I dare say, had it been a black or Muslim who went to a white church, he would have suffered from overkill at the hands of the “heroic” officers who tried to arrest him but felt threatened because he had a gun.

Why wasn’t he manhandled to death like Eric Garner? Why didn’t he walk into a police van but end up wheeled away with a broken neck and then some like 25 year old Freddie Gray? Why wasn’t he shot eight times in the back like they did to Walter Scott?

I am amazed that this, this…fiend is still alive and well and appearing on my TV with that unapologetic scowl on his face.

I’m also upset because most of these officers including Eric Casebolt who thought he was G.I. Joe whilst manhandling a group of teenagers at a pool party, got away or were allowed to peacefully resign.

The issue of black on black crime is another one that grows more worrisome daily as it’s still very much alive as just days after the church massacre, 10 blacks were shot with one dead by another black and you keep hearing about this all too often.

Black people have been destroyed way beyond repair in my opinion and whilst there are millions, in fact the majority of blacks who are on the right path and are trying to do their bit to make life better for themselves and fellow blacks, even that large number is still a blip on the radar.

Black minds have been programmed to hate each other and themselves for decades…sort of like Stockholm syndrome and the ones doing the programming are just sitting back and laughing as they watch their dastardly works unfold.

Whilst we clearly have to take responsibility of our actions and stand up, evaluate our short comings and fix them, the constant barrage of incoming attacks and discrimination only serves to push us further down our holes.

In this time of unrest, you would think that we would stand together in unity against those fighting us down yet we continue to fight and kill each other like senseless buffoons.

Even worse, if we’re not killing each other, some are seemingly trying to become white with the excess skin bleaching, plastic surgery and all else that they do to not look black (Yes again to the nit pickers, my hair is straightened but that’s a choice of convenience and that’s as far as it goes with me).

Oh, I can’t believe that I forgot to mention this sooner, whilst for years, black people have been ridiculed and being called “ratchet”, “crazy”, etc (which they should actually be called in my opinion) for trying to change their appearance so drastically, how is it when an originally blonde haired, blue eyed white woman (Rachel Dolezal) claims to identify as black after over tanning her skin and sporting an afro, she is considered to be the game changer to make people think about the possibility of being “Trans-racial”… Are you kidding me now?

Why do we continue to blur the lines of what’s acceptable and what’s crazy and just say it’s all well and good? Do cats give birth to dogs? What twilight zone kind of mess are we trying to live in? This is all just so messed up and somewhat insulting!

We need to come together and stand strong in the faces of those trying to break us down and not falter. Our late greats did it and did it with style and they got us where we need to be in this day and age. Today, rightfully, we can do everything that every other race can do and it is because of all the unity, strength and force of our ancestors…for once, we need to take a few steps back and do it like they did because the past misfortunes faced by blacks are coming back around full circle and we need to have what it takes to stop it dead in its tracks.