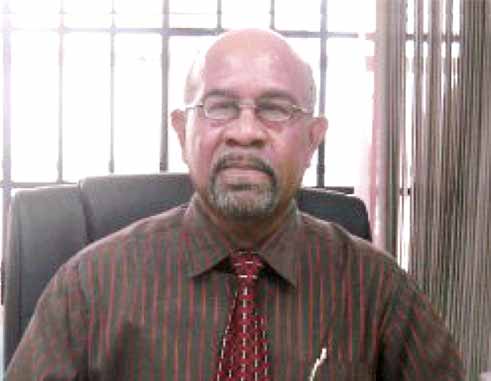 Retired Elections Officer Calls For Voting Stamp Instead Of Pencils.

THE non-approval of proposed legislative changes for the last general elections could have been responsible for the high number of rejected ballots recorded for that exercise.

Carson Raggie, the Chief Elections Officer during that period, made that observation in his report on the elections held on November 28, 2011. The report has just been published

He was referring in particular to the voting stamp which was one of several recommendations announced by the Electoral Commission months before the elections of 2011.

Two thousand, one hundred and sixty-six (2,166) ballots were rejected in that poll compared to 1,731 in the general elections of 2006.

“Perhaps this was due to the short period of the ‘How to Vote’ campaign during the voter education drive, which took place prior to the election. The effort may not have captured the attention of first time voters,” Raggie, who has since retired wrote.

“This number could have been significantly reduced if the existing procedure for marking the “X” with a pencil was replaced by the use of the voting “X” stamp. This new procedure, which was one of the key proposed legislative changes submitted for approval nearly seven months prior to the election date, was unfortunately not approved. The non-approval of the proposed legislative changes in particular, the voting stamp, may have contributed to the high number of rejected votes,” Raggie added.

Among the proposed list of legislative amendments to the Elections Act that were submitted to the Office of the Prime Minister for consideration and onward submission to the Attorney General’s Office were the incorporation of photos of candidates on the ballot papers, introduction of the voting X stamp to replace the ‘black lead pencil’, communicative device – the prohibition of cellular phones inside polling stations, use of plastic ties to replace keys for ballot boxes, mobile voting – the possibility of persons resident as homes for the aged or similar institutions being allowed to vote at their place of residence, among other amendments.

However despite the issues which the Electoral Commission and the Electoral Office have had to deal with in the last general elections, such as voter turnout decline, the status of the election day voter registers and the increase in rejected ballots, Raggie noted that the election was deemed to be free, fair and transparent.

He, however, lamented the lack of attention given to the recommendations presented in his election report of 2006, referring in particular to the review of the Constituency Boundaries.

Fifty-two candidates were nominated to contest the 2001 general elections with the Saint Lucia Labour Party and the United Workers Party each providing a full slate of candidates. The Lucian Peoples Movement provided six candidates, the National Development Movement five, three from the Lucians Green while there were four Independents. Ten nominated candidates were women while two from the National Development Movement failed to be nominated because of their late arrival at the close of nomination which was at 12 noon.

Fewer police officers voted in the last general elections (436) compared to the one in 2006 in which 681 voted.

According to Raggie a computer glitch caused the non- inclusion of some registered persons on the voters’ list. This happened after the submission of the final registered voters lists. The situation was discovered on Election Day when claims were made by some of the affected persons. Fortunately the matter was addressed that same day enabling the affected persons to cast their votes.

On December 20, 2011 three elections petitions were filed disputing and challenging the results of the general elections in three constituencies namely Gros Islet, Babonneau and Choiseul. These actions were taken by losing candidates of the United Workers Party and were due to the declaration of very close results at the final count in the above named constituencies.

The vote difference in Gros Islet was six, in Babonneau two and in Choiseul 95; however the petition in the Choiseul constituency was immediately dismissed by the High Court following a declaration by the petitioner, Rufus Bousquet that he would not proceed further with the petition. Regarding the other two petitions, they are still in court but Emma Hippolyte who won Gros Islet and Alvina Reynolds who won Babonneau subsequently filed applications to strike out the petitions citing major breaches in the presentation of the petitions.

Raggie noted that prior to the applications to strike out being heard, both the petitioners and the respondents indicated that there were pertinent questions to be answered by the Court of Appeal before proceedings could continue at the High Court stage. These issues were referred to and heard by the Court of Appeal on May 24, 2012. The court found that both petitions had merit and could proceed and accordingly referred the matter back to the High Court. The matters, however, have still not been resolved.