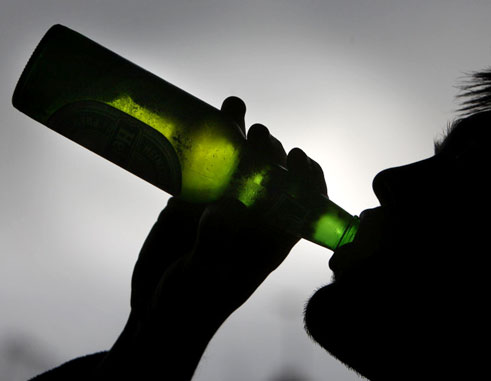 IF the authorities, parents, the church, schools, youth groups and other agencies and stakeholders wish to, they can continue to turn a blind eye but Abetta Country will speak out and categorically state that Saint Lucian youth are in trouble. Not all, but way too many young people; some barely 13 years old, seem to be entranced into a world of lewd sexual behaviour and commercial sex, a world in which there is no need to have even the basic needs of human survival– food and water as long as sexual activity is available.

This sentiment is seriously captured in the song “No food, no water, just cack”. And may we add that this song is getting popular rotation on some airwaves. Broadcast standards have in the main, gone to out of the window. No surprise there. The society has lowered its standards and increased its tolerance levels for unsavoury content on so many levels; and so there is fertile ground for debauchery to thrive almost everywhere.

This article is named after a YouTube video of the same title which triggers much concern for both males and females of this information era. Frankly, anyone with a conscience should feel uncomfortable. Firstly the jaw – dropping gyrations are nothing short of “dry sex” and young girls – are they 16 and over? – are perched on the genitals of young males, with some seated and bent over with energetic young men romping at their behinds as if this country is the wild, wild west.

This emphasis on inappropriate sex, early initiation and subsequent related risks at the expense of educational and productive pursuits will cost this country dearly. The activities that young people are popularly obsessed with unfortunately do bring about negative social, economic and health outcomes particularly for disadvantaged young girls.

The country’s social issues will skyrocket the level of poverty that is already festering in many communities. A closer look at this subset of young people who glorify sex and allow themselves to be used as sexual objects, “tings” they are called by their male counterparts; suggests that they are already exposed to sexual contact possibly with multiple sex partners, have had sex while drunk which often results in not knowing who is responsible should there be pregnancy, or have had sex while high on drugs. Baffling as it may be, most if not all of them are aware of the inherent risks of this type of behaviour, including early pregnancies, abortion, promiscuity, the risks of contracting sexually transmitted diseases, perpetuation of the poverty and domestic abuse cycle.

The perpetually shocking levels of societal degeneration also speak to poor parenting. Obviously many parents have a wild child or more on their hands, that they cannot control and or may be aiding and abetting for purposes of obtaining money. Or perhaps some parents have given up on steering their children right because it takes too much work. Looking at the bigger picture, Abetta Country wonders about what our government can do jointly with teenagers and parents to create a better society. Let us envision the future with yourselves as retirees or as senior citizens in the care of or dependent on a generation that will be beleaguered with dysfunctional young adults, who by the way, will be the workers, the parents, the public servants, the leaders, the people who will keep things going in the sort of way that will not be the best because they are damaged goods as well.

If the government wants to be a change agent in halting the denigration of our Saint Lucian youth, they can begin to do some by reviewing the age of consent upwards and by putting in place legislation to govern underage drinking. For some insane reason this country generally does not invest enough resources in the future of young people. Apparently very little thought is given to salvaging those who are going down a self-destructive path. If they become a nation of monsters, wretches, sexually depraved, sick citizens, that’s OK. That’s fine. Even the law is aiding in misleading young people through some very obvious omissions or loopholes as we hypocritically love to say.

Firstly we need to call for the review of the age of consent. No matter how many people have railed against this absurd piece of legislation it is still being kept affixed in the books. Of course, the sceptics will say regardless, persons will have sex if they want to. Of course they will. However, what is wrong with the State sending, promoting and endorsing a different message in the law books knowing full well that a sixteen year old should be attending a secondary school – isn’t that why this very government introduced universal secondary education? Sixteen year olds are largely unemployed or unemployable; they are not able to vote, are not mature enough or willing to become parents and all deal with all of those unappealing risks that often times come with such lifestyles. Can someone tell Abetta Country what is the utility in having this law? We want to keep more men out of jail for carnal knowledge, is that it? We hope that likewise sixteen year olds can get married too. At least they ought to be given a chance to get it right as early as we allow them to get it wrong.

The other upsetting loophole in the law concerns the absence of laws banning the consumption of alcohol by children. As it stands now dear reader, as long the underage individual does not consume alcohol on the premises of the licensed alcohol provider there is nothing in law to stop them from drinking. The laws of this land do not speak on requiring an identification card to ascertain a child’s age or anything. We repeat there is nothing in law barring the underage individual from consuming alcohol from birth. If you don’t believe us, check out the Liquor License Act of 2008 for yourselves or simply telephone the Substance Abuse Advisory Council Secretariat to ascertain this claim. Heck this country has become very scholarly. The public wants scholarly, highly credentialed politicians to come forward with genuine degrees, that is great; however, it is time we question why the bright legal minds among us have never found it necessary to lobby in the right fora, including Parliament, against the tacit endorsements of early involvement in sex acts and alcohol consumption, especially knowing how potent both can be when they come together– sex and alcohol? Again what do we want to achieve as a developing country, in which our human resource capacity is our only differentiator and asset? We have become an overly permissive people, but does it add up to a better Saint Lucia?