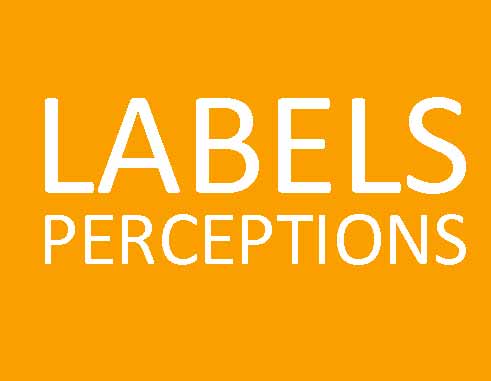 YOU’RE a young and dynamic person. You’re intelligent, articulate and bursting with ambition. As you live your life anticipating the awesome possibilities in your future, you’re likely to be faced with the inevitable: negativity. Sure, we have all heard the cliché, “stay positive” and it offers some great advice to live by, but in order to overcome this negativity, it helps to recognize it, and then shake it off. This article will highlight some labels, criticism or perceptions that can sometimes cause young people to feel unnecessarily unsure. I will discuss why you should eliminate them from your psyche.

So you have an insatiable appetite for reading. You make great grades and you’re smart. Everyone knows it. You know it because someone is always asking you for help with homework, and it’s probably the same classmate who loves ridiculing you by calling you a nerd or geek. Hey, “nerds” are smart! That’s a good thing. They constantly feed their intellects and soak up the kind of knowledge that many people envy. They can speak authoritatively based on their extensive reading, and not merely on hearsay. That’s also a good thing. Ben Carson, the genius neurosurgeon I alluded to in my last article, who also recently announced his decision to run for the 2016 US presidential elections, developed a voracious appetite for reading as a young boy. He’s now a world famous neurosurgeon. Our very own Nobel laureate, Derek Walcott, was probably an avid reader. It must have shaped him into the great poet that he is today. So get your geek on and don’t worry what your schoolmates have to say.

You want to do everything.

Do you remember those classmates who somehow managed to make great grades while juggling a ton of extracurricular activities? They played an instrument, danced ballet, played a sport or sports for the school’s team and were members and even presidents of one or more clubs. They were just awesome. Maybe you are that super student. Whether or not you can relate, you’ve also heard this statement or some variation of it: “She/he wants to do everything.” Guess what? It’s ok to do everything! It’s your life. If you’re making healthy choices and want to live your best life while doing it all, go ahead. People who use these words to criticize others are often simply harbouring jealousy, because they just can’t stand the notion that you’re incredibly amazing. So do your thing! Do everything. Why not do everything?

You think you’re better than other people.

Some people make deliberate choices to avoid situations or people that they deem mediocre. For them, it is important to surround themselves with positivity and excellence, because they recognize that the company they keep is a crucial part of becoming exceptional individuals. They would rather not drink away all their hard earned money at a bar or gamble every last cent. Sometimes, they’re students who strive for excellence and avoid popular cliques with less than honourable reputations. Granted, arrogance should never be condoned, however, sometimes, the most unassuming but exceptional individuals are often accused of having superiority complexes. Similar to the previous perception, this accusation is often fueled by jealousy, but it may also be a direct manifestation of the accuser’s person insecurities. If you’ve been told that you think you’re better than other people, there is a huge possibility that you may need to ignore it and let that accuser deal with his/her insecurity issues. It’s their problem, not yours.

We’ve all met and been wowed by articulate people who impress us with their command of the English language, and their ability to eloquently express themselves. Sometimes, that quality is erroneously attributed to a particular race, nationality, or sometimes a certain demographic in the St. Lucian context. For instance, perhaps you have heard someone allude to your eloquence by stating, “You’re from [insert rural community]? You don’t talk like them.” “Because they speak like ‘country bookies,’” is usually the implied perception. You’ve heard some version of that and it irks you, because you understand that no particular group of people owns the monopoly for being articulate. You speak well. Own it! Do not let people’s preconceived and derogatory perceptions about your nationality, race or background get to you.

Remember that much of the criticism discussed, and others that have not been mentioned are often manifestations of the perpetrator’s jealousy, insecurities or even pure ignorance. These are usually indirectly meant to put a damper on your spirit and ambitions. With that being said, don’t let anyone use any labels, criticism or perceptions to take a snippet from the invisible but incredible wings that were made especially for you to soar.