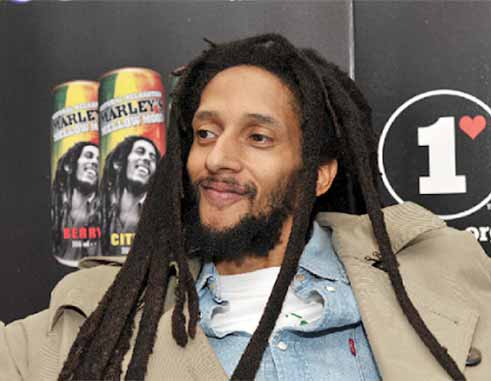 JULIAN Marley is working on his fourth album which is expected to be out early next year. According to the 40-year-old singer, it will display his maturity as an artiste.

“A lot of creativity will be on the album. Creativity is something that flows each day and everyday life is an experience. I have matured and progressed a lot since my last album,” said Marley.

Marley worked mainly with producers at Ghetto Youths International on the project. He is co-owner of that label along with his brothers Stephen and Damian, who produced his current single, Lemme Go.

The song is on the Corner ‘riddim’ and addresses recent moves to decriminalise ganja in Jamaica.

“It’s great to see the herb getting free-up in Jamaica an’ around the world. Reggae music an’ the herb have enjoyed a good mix over the years and the hemp industry has been around for a while. People come to Jamaica for the music and the herb,” he reasoned.

While there are plans for a few collaborations on the yet-titled album, Marley said it will comprise mainly live music.

The fifth of reggae icon Bob Marley’s sons, Julian Marley was born in the United Kingdom. He learned to play several instruments in his youth, including keyboards, drums, bass and guitar.

His previous album, Awake (released in 2009), was nominated for a Grammy Award in the Best Reggae Album category.