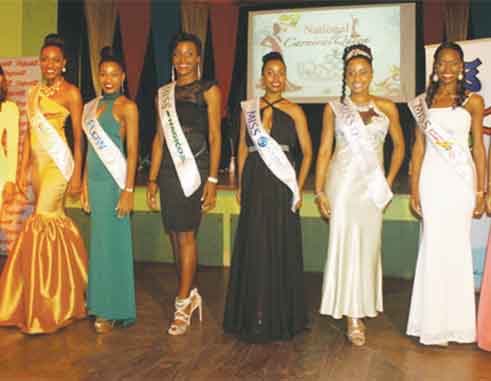 It began with a short video in the reconstructed “Ship’s Hold” that explained rum production, its connection to the island and the distillery’s family beginnings. The young ladies then proceeded to the main distillery factory where they were enlightened of the fact that rum making has its own distinct rhythm and flavour.

From the molasses vats holding the dark viscous and aromatic raw material, to the open vats where final fermentation takes place, the contestants were encouraged to engage all their senses to understand the unique phenomenon that is rum making. The tour concluded with a Carnival extravaganza where colourful costumes and melodic sounds of steel pan music prepared them for a veritable rum buffet which allowed them to sample the extensive and impressive range of products manufactured locally by St Lucia Distillers.

The St Lucia Distillers Marketing Manager, Sergin Joseph commented that “allowing the contestants the opportunity to experience the Rhythm of Rum tour enabled them to have an understanding and deeper appreciation as St Lucians for locally manufactured rums that are award winning”.

She added: “Bounty Rum as a sponsor of St Lucia Carnival is very important to St Lucia Distillers. We recognize the importance of giving support to festivals such as this, as it helps to preserve the various art forms within it and further contributes to the success of our carnival product year after year”.