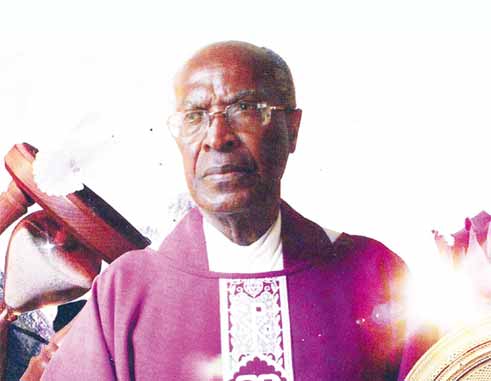 ARCHDEACON Randolph Evelyn of the Holy Trinity Anglican Church is retiring today after 40 years as head of the Anglican community in St Lucia.

Barbados-born Canon Evelyn, as he was affectionately known by many, has been serving in the diocese of the Windward Islands for the past 53 years having started his ministry in Grenada where he served for nearly 13 years, 10 years in Gouyave and two and a half years in the capital St George’s.

It was in Grenada that Archdeacon Evelyn met his wife Hazel.

In 1975, Archdeacon Evelyn was transferred to Holy Trinity, St Lucia where he served for 40 years. He was made Canon in 1972 and Archdeacon in 1979.

As Archdeacon he supervised the five Anglican Churches on the island : Holy Trinity in Castries, St Mary’s the Virgin in La Caye, Grace Church in River Doree, St Paul’s in Vieux Fort and Christ the King in Soufriere.

As Archdeacon he represented the Bishop in Saint Lucia.

Archdeacon had a reputation for being outspoken and fearless in discussing matters of faith and faced the various ills of the society head-on whether at the regular Sunday services which were sometimes aired on Radio St Lucia, at school children’s weekly services, at funerals or other occasions.

Archdeacon Evelyn’s sermons were always bible-based and he frequently advised his followers to use the Bible as their chief source for living and practising the Christian life.