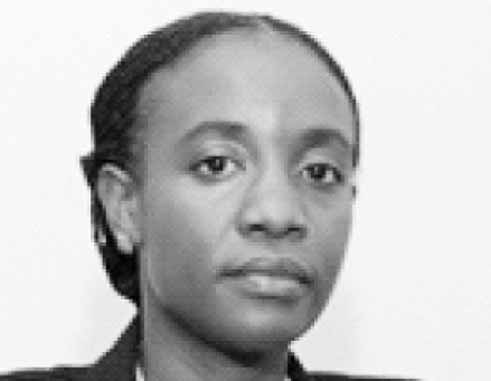 IT is a tragedy for our society when any child takes his or her life.

The death of 12 year old Shamar Weeks in Barbados is one more example of the many children who have committed suicide within the Caribbean region. Teen suicide is one of the major concerns for adolescents who suffer from depression and other serious emotional problems, including trauma from domestic and community violence.

The West Indian Medical Journal (2012) states that “Suicide has become a major public health problem among children and adolescents. Over the past five decades, there has been an increase in suicide in adolescents, particularly in developing countries. Cross-national data revealed that about 25% of all suicides occurring globally are in the 15–24-year age group, referred to as Transitional-Age Youth. A global analysis of rates of suicide 15-19 year olds, revealed it as the fourth leading cause of death among young males and the third for young females. Estimates place the mean suicide rate for this age group at approximately 7.4 per 100 000. The rate of attempted suicide is higher in females and the rate of completed suicide is higher among males with the 15-19 year old group showing the greatest and most sustained increase in suicide rates globally.”

It is widely acknowledged that adolescence represents a turbulent developmental period for young people as they transition into adulthood. Children and their parents are often faced with problems which may seem unending, and in many cases can escalate into painful and emotional turmoil at home. Adults as well as children are sometimes unable to cope with life’s many challenges, including severe poverty, lack of access to work, untreated illness and medical needs (including mental health) with no or limited access to necessary health care, lack of education, and community environments plagued by violence. With the addition of severe domestic violence at home, or being a victim of bullying or peer abuse at school, a child is likely to exhibit some signs of emotional distress such as depression, anxiety, social isolation and withdrawal, which may include running away from home. These symptoms often precede a child’s attempted or successful suicide.

A major concern for public health providers and advocates is that often, neither the parents nor the child are aware of the dangerous consequences of this distress. The most serious outcome for children at risk is death. The WMJ report notes that “male adolescent suicide rates showed an upward trend in contrast to the downward trend for females in the four-year period studied. Continued surveillance is needed for greater understanding of adolescent suicides. Collaboration among health services, parents, schools and communities is integral in prevention efforts. Recent media coverage of suicides provides a window of opportunity to galvanize support for research and the development of intervention strategies.”

It has been shown that young males are twice as likely to commit suicide than girls within the Caribbean. This is mainly due to the social belief that boys are less likely to express emotion than females; creating an environment in which they are unable to express their emotional concerns with others like their peers and family members.

As the President of the Caribbean Mentorship Institute, I believe that the right to live free from violence is every child’s right; that to take one’s life is not only a human tragedy, but also a social one as it is indicative of the social problems which are left untouched by those who have the responsibility to protect others from harming themselves.

It is time people understand the psychological connection between suicide and suicide attempts. No one in their right mind would want to take his/her life, but if he/she feels that there is no light, solution or purpose for his/her existence, then it is very tragic that any human person within a society has developed such intense feelings to totally annihilate his/herself. We need to show compassion for our children and allow them to grow with hope and aspirations for the future. We cannot continue to treat suicide as a religious taboo while our children are dying inside, wanting to abruptly end their lives. We have seen too many suicides amongst males within the Caribbean region. Our males need effective interventions and treatment geared to recovery.

We must ensure that our youth and young children are aware of the existence of these resources. They must be aware that there are people who care about their physical, emotional, and psychological well-being. Every case of a child or young person losing his or her life in tragic circumstances, whether voluntarily or involuntarily, should be an immediate concern for everyone. Children and young people should be given effective counseling to ensure they progress to become healthy and balanced citizens. Trained counsellors and intervention agencies should implement suicide prevention programs by identifying high risk children and families. It is critically important that these transitional age groups and their families have access to effective interventions within their schools and homes.

I believe that social media platforms can be utilized to provide mental health counselling and intervention like 24/7 suicide hotlines with access to appropriate hospital, outpatient and urgent care assessment/treatment services. These should include both physical and psychiatric/psychological clinical services.