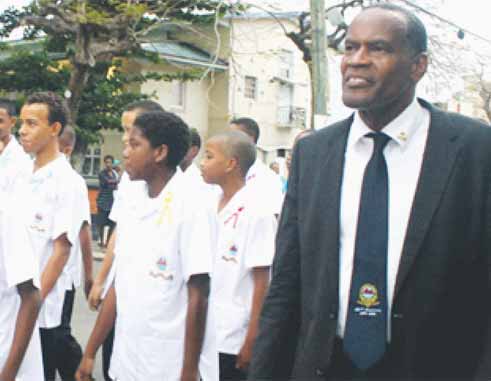 THE march of identity was preceded by a mass held in the Minor Basilica nearby in observance of the college’s 125th anniversary.

Hundreds of past and current Samarians attended last Sunday’s mass and march as the college celebrates another milestone under this year’s theme, “The SMC Journey: 125 Years of Stewardship and Excellence”.

The SMC formally opened on April 20, 1890 and is an all-male Catholic secondary school located at Vigie.