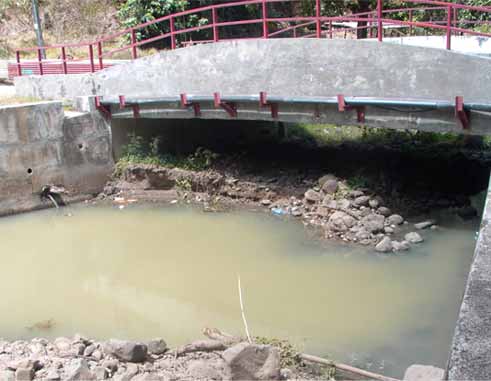 OVER the past week, a number of farmers of Laborie have been complaining that their livelihood is being affected by what they described as an inconsiderate act by the contractor on the Banse, La-Haut and Laborie Main Road Rehabilitation Project.

Last Monday Construction and Industrial Equipment Ltd. (CIE)., dug a dam at the river at Petit Bois in Laborie, which has inhibited the flow of the river, where a number of farmers of the community take water for their crops.

The dam which was dug near a bridge, is used by the company to harvest water for use in the rehabilitation of the road.

The dam has resulted in the destruction of the aquatic life of the river, leaving certain parts with a foul smell.

So annoyed was one of the affected farmers by this development that he used his vehicle to block CIE’s access to the water source. The police had to be summoned to deal with the situation.

Since this incident the company has stopped taking water from the dam, but the problem still exists because the dam has not been filled with gravel. The problems of the farmers are compounded by the dry season, which has reduced the flow of the river to a trickle, since a large quantity of water is trapped in the dam. 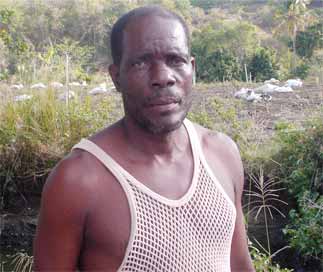 The farmers are being supported by people in the community who accuse the company of not fulfilling its social responsibility.

“We just want the company to fill the dam with gravel. It’s almost a week since I have had water for my crops, some of which I had expected to harvest in two weeks’ time, but it appears all is gone…” Richard James, a vegetable and livestock farmer lamented.

He said that he realized that something was wrong with the river after observing that its level had suddenly dropped.

“I surveyed the river and realized that its aquatic life was dying. It was after walking some distance up the river that I saw the dam,” he said.

According to James, he complained to an official of the company atthe site who promised to rectify the situation immediately. However, according to the farmer instead of the problem being addressed, the dam was dug deeper.

James said he could not understand why an established company like CIE would do such a thing without realizing that it would affect the farming community in the area.

GregorHunte, another farmer described the situation as very annoying, adding that the stench from the river from the dead fish life was unbearable.

The situation is also of grave concern to Erny Daniel who lives close to the dam. Daniel said apart from the problem the dam poses to farmers, it may well also undermine the bridge.

An official of the company promised to look into the matter.