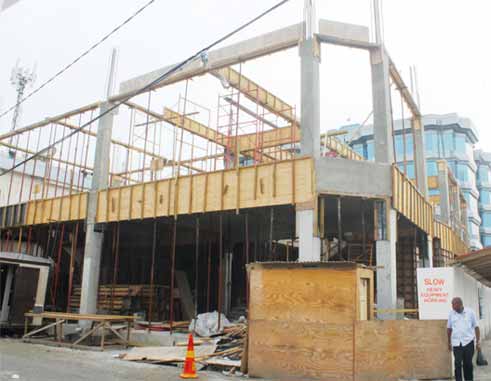 PRIME Minister Dr. Kenny Anthony says he is pleased that there are signs of a return of investment in Saint Lucia.

In his 2015/2016 Budget Statement Tuesday, the Prime Minister highlighted investments in the private sector, which he believes demonstrates confidence in the economy and creates new employment opportunities for Saint Lucians.

Dr. Anthony said: “….. we are beginning to see encouraging signs of investment in the Private Sector. I note that Unicomer will commence in July its new $15 million Courts Megastore. The Chreiki Family has commenced construction of its new Dayana Centre at the corner of Bridge Street and Jeremie Street in Castries; the CIE Group led by Mr.RayneauGadjadhar plans to commence construction of a commercial and industrial park in Cul de Sac.

“Work on the Harbour Club, a 100 room companion hotel to Dive Saint Lucia is under construction at the Rodney Bay Marina.

“Perhaps the most significant investment coming our way is the decision by the Sunwing Group to demolish and reconstruct a new hotel in the place of the former Smugglers Hotel. I am advised that some 1,200 persons will be employed during the construction of this property. On completion, some 600 persons are expected to be employed full-time.”

The Prime Minister announced that the Government will seek to stimulate growth in the economy and attract new investments by introducing policies to expand economic activity, introducing new investment options and increasing expenditure in public infrastructure.

The construction of the Administrative Complex in Vieux Fort and the conversion of the former Golden Hope Hospital to the Office of the Prime Minister at a combined cost of nearly $100 million were two of the major public infrastructure projects underscored.