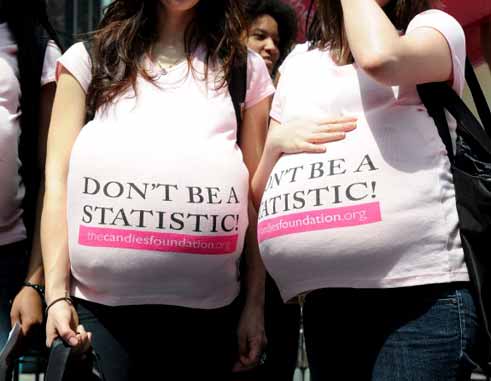 JUST when I thought that I’d heard it all, a conversation that I overheard on Friday afternoon threw me way back and made me realise that I don’t know JACK!

Now guys, don’t think that I’m some kind of snoop going around intentionally eavesdropping on people’s conversations…I just happen to be in the right place at the right time a lot.

Anyway, I was on my way back to work when I saw a young man having a conversation with two young ladies…nothing strange there at all.

My interests peaked however, as I walked closer to where they were standing and although I heard only a short piece of what the young man was saying, that short piece was dynamite to my ears.

It went like this; “For all the hate she hated me, I had to show her that I could get her WHEN I wanted. Imagine eh, I “plug” dat and I leave it. You tink I easy?! Dat girl had too much style.”

My immediate reaction was to stop and give this youngman a solid piece of my mind but I realised that it was 3:00 p.m. on a Friday afternoon in the middle of Castries so you know what that means…thick crowds. Rather than cause a scene, I just gave the guy a death stare and continued on my way.

I could not believe what I had just heard…in fact I still cannot believe it. Was this an isolated example of pure self-centred wickedness or was this something common? Are most guys really capable of this kind of behaviour?

I went back to the office and told my colleagues about what I’d just heard and I was floored to learn that this is nothing new and that guys have been doing this to unwitting, naïve, vulnerable and some might say stupid girls for as long as they can remember.

My level of disgust was expanded.

Do you know that feeling where you learn something new and you so wish that you were still ignorant of the facts and somewhat innocent but at the same time, you are happy to be in the know and able to beware and warn others of it? Well that’s how I feel.

How could someone think that the best way to get back at someone who probably rejected him or hurt him in someway was to get her pregnant and then leave her? Need I emphasise on the number of levels of how wrong this is?

Surely this isn’t something that Saint. Lucian men would even think is ok to even brag about much less to actually do?!

Imagine being a young lady, perhaps in your teens to early twenties, full of life, goals and ambitions with no time for serious relationships after all, you are focused on your future and you have someone who mistakes your ambition for “having too much style” as people like to say, and so they begin to hate you and through that hatred, they plot to destroy your life…and succeed in the way mentioned above.

I can’t even find the words to describe how that might feel. Lives have been destroyed, for what?

Young ladies, please beware of the young men out there. I know this is advice that is drummed into your ears probably daily but now with these tactics afoot, you have even more reason to pay attention and take heed.

I’d also like to tell you this; in life, no matter what you do, people will hate you…especially if you are trying to live positive lives and better yourselves. It is for this reason that I urge you to keep shining brightly and never even think of dulling your lights for the people out there who think that you are outshining them.

Relationship wise, men will be impressed by your bright light and want to work hard to live up to your standards whilst boys will feel intimidated and demand that you lower yourself to meet them at the bottom…learn to recognise the difference and make the right choice to never sell yourselves short.

So if a guy is mad because you have too much style for him, just know that in this case, yes you are better and stay far…you don’t want to end up in the situation that this little…twit has created for that young lady who is most probably going to end up as a single mother.