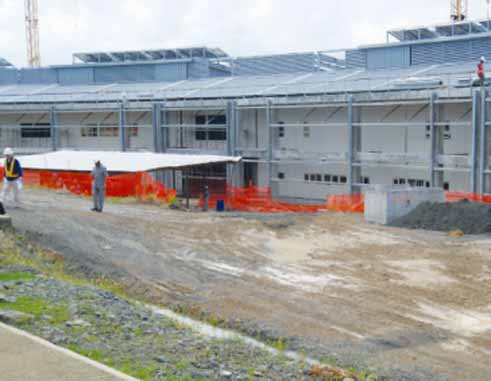 AMID the sirens, surgical instruments, blood, sweat and the daily hustle and bustle of staff and patients, the Victoria Hospital took a pause recently to acknowledge and recognize staff at an Appreciation and Awards Ceremony held at the conference room of the St. Lucia National Mental Wellness Centre.

Addressing the ceremony, Executive Director of Victoria Hospital, Jeanette Hughes said that staff commonly spoke of a lack of appreciation, which management felt it necessary to address.

“When staff in every department highlighted the seeming lack of appreciation, management was compelled to stop for a moment of reflection, and recognize the distance some of these workers would go to give to the service. The message which resonated was they needed to know their contributions mattered to the institution.”

Hughes went on to say that while the mandate at Victoria Hospital was the care for patients, she subscribed to the view that “in the delivery of health care the patient comes second.”

“The staff must be our first concern,” she said, adding that the number one factor in job satisfaction was not the amount of pay that one received but whether or not one felt appreciated and valued.

“The awards and tokens to be distributed tonight were not determined on a competitive basis. The criteria for each area focused on service, commitment, sacrifice, initiative and selflessness. The nominees and awardees form a small sample of those who have gone beyond the call of duty, stayed the course and delivered regardless of the obstacles. Today we celebrate team Victoria: be encouraged, do not give up whether you are praised or criticized,” she said.