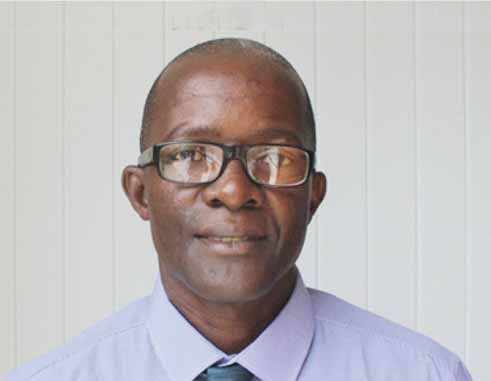 SAINT LUCIA’S non-resident Ambassador to ALBA and Petrocaribe, Hippolyte E. Vitalis, says the new friendship being brokered between long time adversaries, United States and Cuba, is “a dream come true” for the region.

However, Vitalis said that based on the mixed reactions coming out of the U.S. in terms of operationalizing or institutionalizing the process, “it’s going to take some time.” Nevertheless, he considers the warming of relations between the two countries “a giant step forward” for the Western Hemisphere.

“For many of us in the region, regardless of our political ideologies, I think we just felt that it was wrong the kind of relationship that has been going on between the United States and Cuba,” Vitalis told The VOICE on Thursday. “One can understand in the initial stages the reasons why it was so. But I think that over the years, with information and what we saw going on, we always felt that there was a need for the easing off of that tension between the two countries.”

Vitalis said it was ironic that President John F. Kennedy, who is still adored and quoted by many people, including Caribbean people, was the one who actually pushed for the economic embargo that was first imposed on Cuba in 1960 and further strengthened in 1962. He said another Democratic president, Bill Clinton, who is also well-liked, did not seem interested in lifting the economic embargo; neither did Republican presidents during that period. Vitalis said President Barack Obama did the right thing.

Vitalis, who studied in Cuba on a scholarship from 1985 to 1991, said he was able to witness the radical changes that came before and after the fall of communism in Russia, a close ally of Cuba. He said that since leaving Cuba, he had maintained a philosophical connection with the Spanish-speaking island that has a population of 11.2 million.

Many Caribbean countries which depend heavily on tourism have voiced concerns that their economies might suffer should the U.S./Cuba relations result in full diplomatic ties. Vitalis believes that might be a serious concern as tourists who usually visit the rest of the region would now be attracted to Cuba.

“Many of us in the region – because of our dependence on tourism – should be concerned,” Vitalis said. “As a tourist, you are always interested in the unknown and are excited. But Cuba is not just selling itself as a country; Cuba is selling more than that. Cuba is selling the revolution,” Vitalis explained.

Another factor Vitalis cited as being advantageous to Cuba is its close proximity to the United States and Canada, which redounds to less cost for travel from those destinations. The language factor and medical tourism advantage Cuba offers also favour that island over the rest of the region.

Nevertheless, he said the region stands to benefit in other respects from the new relations being brokered between those two countries. He said that while Cuba produces much of its agricultural and other products, the region can now play its part by establishing closer import/export exchanges with Cuba.

Vitalis said regional leaders need to be more assertive so as not to be seen as second-class leaders by First World nations. The ultimate goal, he said, needs to be the fostering of understanding and appreciation for coexistence, the very message many regional leaders are now pitching for Venezuela in light of its strained relations with the United States.

“We’ve got to learn to coexist,” Vitalis said. “You might not accept my philosophy as to what democracy stands for me. However, if my people who elect me decide that this is how I want my government to lead me, then who are you from the outside to come and say that it is wrong?”

Last week, President Obama and Cuban president, Raul Castro, shook hands at the Seventh Summit of the Americas held in Panama. Obama, who first hinted at re-establishing diplomatic ties between Washington and Havana last December, announced on Tuesday that Cuba would be lifted from the U.S.’s “State Sponsors of Terrorism” list where it has been for the past 33 years.

Prime Minister Dr. Kenny Anthony was among the regional leaders attending last week’s summit in Panama. In his address there, Dr. Anthony commended the U.S. and Cuba for taking “a giant step towards easing tensions among us.” Nevertheless, Dr. Anthony added that resolving old tensions and creating new ones should not be the way.