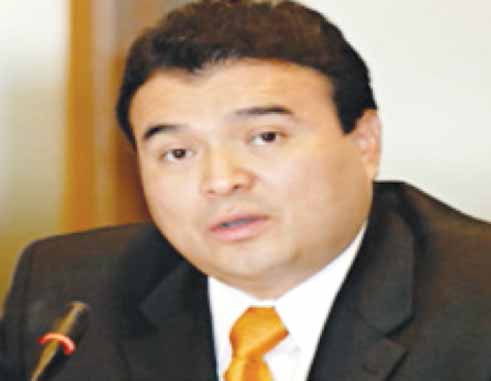 A week ago, the Caribbean made history when, for the very first time, it fielded two candidates for the post of Assistant Secretary-General of the Organisation of American States (OAS). In so doing, the region confirmed what the rest of the world had long known: that the Caribbean is waging a ferocious war; only that the enemy is itself.

Beneath the surface of an ostensibly, dignified battle between two colleague OAS Ambassadors, BayneyKarran of Guyana and the eventual victor, Nestor Mendez of Belize were strong currents of discord that could not be tamed over nearly two years of active campaigning by both camps, and animated discussions among Foreign Ministers and Heads of Government of CARICOM. The region’s leaders could not agree to support one candidate for the OAS post, in the same way that they have not been able to fall behind one candidate for the position of Secretary-General of the Commonwealth of Nations. And so they left it to the other 19 OAS member states to do the job for them.

In the end, Mendez defeated Karran by a whopping 24 votes to 10 – a clear sign that the majority of OAS member states, for whatever reason, considered him the better candidate. Many observers believe while Mendez was the clear winner, CARICOM was the clear loser.

It would take unspeakable naivete for anyone to expect, or to insist that disagreements should not happen in any organization. After all, family members disagree all the time. In fact, the Caribbean Court of Justice (CCJ) was established, amongst other purposes, to decide disputes between CARICOM member states over the Revised Treaty of Chaguaramas. Some CARICOM countries have diplomatic relations with the People’s Republic of China while others enjoy relations with the Republic of China on Taiwan.

So disagreement is part of life. What is troubling is when they occur over things that can be amicably resolved. The selection of one candidate from the region to contest the leadership of an international organization is one such “thing.”

Even though either country may have considered its candidate to be a better choice, there ought to have been a point when one country knew it could not win and pulled out of the race. There is simply no way Guyana would not have known that it could not win; unless of course those countries that promised their support to Guyana reneged on that promise.

The long and short of it is that the rest of the world now has additional, potent evidence that CARICOM is truly a house divided against itself and that its fault lines can easily be exploited, anywhere, anytime and for any purpose.

That powerful show of regional division was bad enough. But it pales against the fact that the region’s leaders once again decided to contest the second top post of the OAS and to not field a candidate to replace Chilean Jose Miguel Insulza as Secretary-General of the OAS. Not only is this “second-best” mentality truly mind-boggling, but it is also an affront to every Caribbean citizen who believes that there is no lack of quality persons in the region with the requisite skills set to lead the OAS. Nowhere in the OAS Charter is it written that the leadership of the OAS is the exclusive preserve of candidates from Latin America. Yet time and time again, for reasons that are unknown, the region has challenged only for the Assistant Secretary-General position.

Perhaps if the region was of one mind about contesting the top post of the OAS, the simple arithmetic of it all would have forced support for one candidate, knowing anything short of that would spell failure. But then again, that theory does not hold any sway in respect of the Commonwealth post for which two Caribbean candidates, backed by Antigua and Barbuda and Trinidad and Tobago respectively, are locked in battle.

Beyond these electoral issues, this writer believes the time has come for the region to adopt a clear and sensible position on membership of hemispheric organizations. It simply makes no sense whatsoever for Caribbean countries to be wantonly fathering organization after organization – comprising the same membership and pursuing similar goals and objectives – without the means to support all of them and to participate effectively in their affairs.

Be warned that things get really confusing from here on.

CELAC’s father-in-chief, Hugo Chavez now sadly deceased, made no bones of the fact that CELAC was set up primarily as a counter to the USA’s influence in the Americas. Consequently, the USA is not a member of CELAC and neither is Canada. It’s anybody’s guess why the Caribbean bought into that bizarre narrative.

An editorial in Brazil’s conservative Estadao newspaper summed up the confusion when it noted that “CELAC reflects the disorientation of the region’s governments in relation to its problematic environment and its lack of foreign policy direction, locked as it is into the illusion that snubbing the United States will do for Latin American integration what 200 years of history failed to do.”

While CARICOM and other Latin American states were busy setting up CELAC as a rival organization to the OAS and as a counter to the USA’s influence in the region, they were still pushing for Cuba’s unconditional re-entry into the OAS, even as Cuba insists it does not wish to return. There is no evidence that the formation of CELAC played any part in President Obama’s decision to renew diplomatic relations with Cuba.

Canada’s exclusion from CELAC is equally perplexing. The irony is that over the past 30 years Canada has done more than most to promote investment and trade with Latin America and in particular with Cuba. Canada and Mexico were the only two countries in the hemisphere to maintain uninterrupted diplomatic relations with Cuba following the Cuban Revolution in 1959. Fidel Castro was an honorary pallbearer at the funeral of Pierre Trudeau, the former Prime Minister of Canada,.

The Caribbean has more in common with the US and Canada and has gained more from its relations with these countries than with Latin America. The sheer size of the Caribbean Diaspora in Canada and the USA confirms this. Cuba and Venezuela have indeed contributed significantly to the region’s development. But both countries are also members of the ACS and ALBA.

All of the above is to say that CARICOM’s foreign policy is in absolute tatters. Little wonder then that no one is taking the region seriously. Even pawns now have greater value than we do. At least they are on the chess board. we on the other hand are on the outer fringe of the ring of spectators, with the poorest view of the game in play and with no ability to change the outcome.