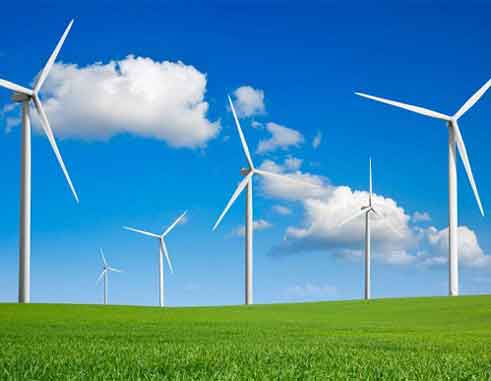 ST LUCIA is pressing ahead with its plans to establish new renewable sources of energy.

According to the Ministry of Sustainable Development, the turbines have been set in motion with the erection of a test tower to establish the potential for the construction of a 12 megawatt wind farm in Dennery.

The Ministry said this marks the commencement of work on the ground for the first utility scale renewable energy project here in Saint Lucia. Pre-feasibility studies conducted prior have identified this site as a preferred site for wind generated energy.

A Ministry statement Tuesday said following years of negotiations, planning and debate, the Government of Saint Lucia “is pleased to support the first major steps towards the realization of wind energy on our national grid”.

U.S. based company,WindTex Energy has secured the support of the Government of Saint Lucia and LUCELEC for the project. WindTex has also secured a lease agreement with the land owners for the establishment of the wind farm.

In order to prepare a bankable proposal to ensure success of this venture, WindTex must collect wind energy data at the site and at the turbine hub height of 60m.

The test tower which will be used to collect the data is situated a few meters off the highway, in the vicinity of the Bordelais Correctional Facility Junction.

The tower will collect data on wind speed, wind direction, humidity, barometric pressure, etc and will do so for a period of about six months. The data collected will feed in to a model to determine the feasibility of establishing wind turbines to provide lower cost energy to the population of St. Lucia.

Permanent Secretary in the Ministry of Sustainable Development, Energy, Science and Technology Mr. Sylvester Clauzel says the erection of this test tower is a significant milestone in Saint Lucia`s quest to achieve 35% renewable energy independence by the year 2020.

He added that this initiative complements the surface exploration for geothermal energy currently taking place in Soufriere, which is seeking to provide a 15 MW base-load facility initially, with a view to expanding to 30 MWs.

Wind energy is a key component of renewable energy resources which are available to support the achievement of national energy goals as articulated by Prime Minister Dr. Kenny Anthony in 2014.

Project Manager DauneHeholt said the proposed wind farm is an exciting project which can positively shape the energy landscape of Saint Lucia. He added: “The project developer WindTex Energy which is based in Dallas, Texas has extensive experience in all aspects and phases of wind energy development”.

A media tour and subsequent press conference is scheduled to take place on the site of the test tower on April 22.