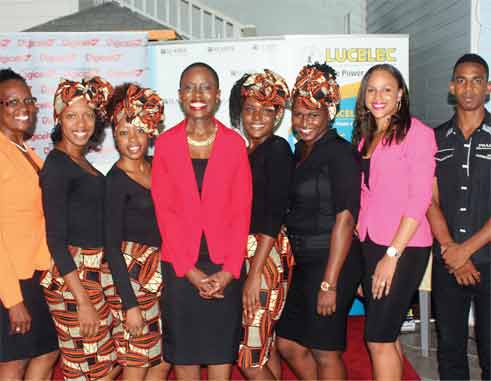 The launch which took place at the home of the event, La Place Carenage Duty Free Shopping Mall in the form of a “Sip and Chat” with hosts MarvaGreenidge, Marketing Specialist- Commercial Development and Peter Lewis, Port Officer both employees of the Authority. The Mall Manager and Event Coordinator, Ms. Susanna Isaac, described this year as the event entering adulthood marking its 18th year in existence.

The enthusiastic hosts of the event unveiled the lineup which kicks off on Wednesday May 6 with Gospel Vybz which includes, Shem Meluce, vocalist, guitarist and songwriter who is known for his hit singles, “Everything is Gonna be Right” and “Nothing Can Compare” as well as, “Voices of Praise,” four young talented women with exceptional voices offering inspirational messages of hope. Also on that day, the highly reputed musician/vocalist, arranger and composer, Barbara Cadet is expected to excite patrons with her usual exceptional performance. On Thursday May 7, the bands ASAP and EPIC will be closing the event off with their dynamic and energizing renditions.

Guests at the launch which included SLASPA’s General Manager/CEO, Mr. Keigan Cox, representatives from SLASPA, tenants of LPC and the event’s sponsors were given a preview of the performances which will be held over the two-day event.