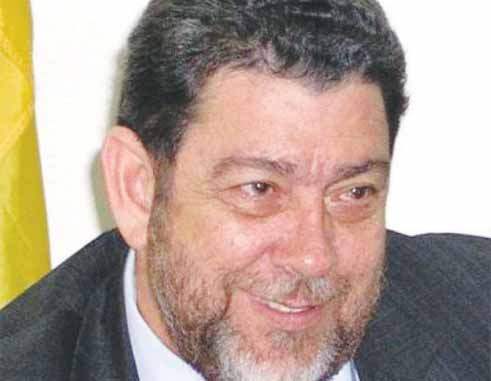 And Saint Lucians who have monies deposited in banks that are part of the Eastern Caribbean Currency Union (ECCU) should not worry about the safety of their cash.

They and other nationals of countries that are under the ECCU were assured of the safety of their deposits by the Chairman of the Monetary Council of the Eastern Caribbean Central Bank (ECCB), Dr. Ralph Gonsalves.

Gonsalves, who is the Prime Minister of Saint Vincent and the Grenadines, explained the reasons for the Monetary Council’s emphasis on the protection of deposits of depositors of the ECCU, citing the pain member countries of the ECCU had to undergo during the 2008/2009 economic depression, as the primary reason certain changes had to be made to strengthen the Union’s financial system, which in turn ensured the protection of deposits of depositors across the union.

“…our region is slowly recovering from the effects of the great recession, that period from 2009-2012, particularly. Of course, the effects of the recession are still with us. The pain is still here. In that period of the great recession and the period immediately thereafter, many of our economies contracted following the global economic and financial meltdown of 2008. Last year (2014), growth in the ECCU averaged 1.3 per cent up from 1.1 per cent in 2013. This year (2015), we project growth of 2.4 per cent. This is good news. Our regional economy is starting to improve,” Gonsalves said on a televised address.

He added that notwithstanding this improvement the economies of the ECCU continued to face challenges to sustainable growth, fiscal and debt sustainability and financial stability

“As a consequence, after much reflection, deliberation and careful contemplation, we in the Monetary Council, have made some very important decisions to strengthen our financial system. These decisions were taken at our last meeting in February,” Gonsalves said.

One of the decisions was the lowering of the minimum savings deposit rate from three percent to two percent. The last occasion the rate was reduced was in 2002 following the economic downturn attributed to the events of September 11, 2001. At the time the Monetary Council reduced the rate from four percent to three percent.

According to Gonsalves the banking system of the ECCU has a lot of money, excess liquidity, yet credit to the private sector (new loans) is declining.

“Last year, despite the fact that the banks had excess liquidity, credit declined by 4.5 per cent. Declining credit to the private sector makes economic recovery slower. This situation has to change. At the same time, non-performing loans in the banking system are very high and average 18.8 per cent across the ECCU, largely because of the difficult economic situation in many of our countries. High non-performing loans make our banks less willing to lend and weaken our economies. This situation must change. In the face of declining profitability or losses, banks have sought to lower operating expenses. This cost reduction effort has led to the closure of several branches in the ECCU and beyond,” Gonsalves said, adding that as a result of the Council’s decision to lower the minimum deposit rate, the banks in the Currency Union will have a lower cost profile.

Another decision the Council took when it met last February was to strengthen the regulatory and supervisory framework for banks.

“Since 2009, our banks have recorded declines in profitability and performance. Due to the global crisis which led to significant contraction in our domestic economies and increases in non-performing loans, the ECCB intervened in one bank in Antigua and Barbuda and two banks in Anguilla to protect the interests of depositors and creditors and to maintain financial stability. These experiences led to the Council’s decision to pursue a comprehensive bank resolution strategy aimed at strengthening the resilience of the financial system in our Currency Union,” Gonsalves said, adding that in this strategy is the full protection of all depositors by ECCU Governments.

“Second, the Council has approved a new Banking Bill, for passage by member governments. This Bill provides for: The issuance and revocation of licences by the Central Bank rather than the respective Ministers of Finance; pre-emptive measures to deal with problem banks; Appropriate levels of Capitalization for banks and credit institutions; and clear criteria for the persons who can be appointed as directors and managers of banks.