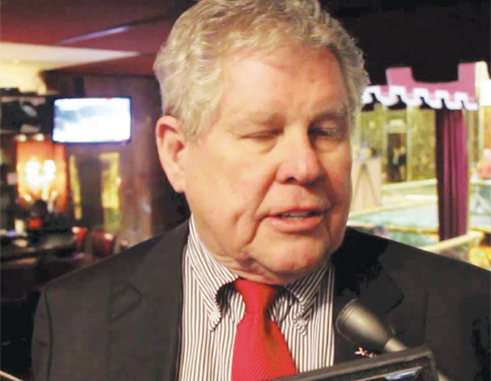 The world-renowned hotel brand operates 800 luxury suites and rooms with three hotels on the island, and according to Chairman Gordon ‘Butch’ Stewart, Saint Lucia continues to be an important destination to the continued growth of the Sandals Resorts chain, remaining a favourite among thousands of returning guests to Sandals Resorts.

In a recent comment on the matter, the Chairman said: “Over the years we have had enormous expansion in the configuration of our properties but generally we do not say anything.”

“It has become vital for St. Lucia to know how important tourism is to us and what we have done to make the industry work here,” said the chairman.

According to the hotel tycoon, Sandals Resorts has invested over US$22 million (EC$60million) upgrading the properties here.

“We have done tremendous expansions in all of our resorts in Saint Lucia with over US$22million in the last five years being spent to achieve these upgrades,” the award-winning hotelier said.

Sandals has played a significant role in the evolution of Saint Lucia’s tourism product having invested heavily in both property development and marketing efforts of the destination over the past two decades.

Sandals Regency La Toc Golf Resort & Spa, the first of the three properties in Saint Lucia invested more than US$6.786 million in the past five years having only recently undergone a major overhaul with all eight of its Piton Water’s Edge suites completing renovation.

The US$950,000 upgrades boast new indoor and outdoor bathrooms complete with an exterior tub with natural wood accents and an interior glass shower, as well as new vanities, furnishing and fabrics. These secluded two-story villas also feature new furnishings and flooring, integrating the warmth and view of the ocean.

“Saint Lucia remains close to our hearts. We came here in 1992 and it was one of the best investment decisions in the history of the company. Our team members here are among the best – a considerable number of whom have grown with us from the beginning,” the Sandals Chairman said.

The property has also invested heavily in the full refurbishment of its blue suites spending a staggering US$1,568,000 on this project. But what has seen the bulk of the investment would undoubtedly be the US$1,768,000 spent on the full upgrade of the property’s Honeymoon Hideaway suites.

Regency La Toc went further to invest millions more over the past years in the upgrade of its Bluff Suites overlooking the Coubaril Bay complete with furniture, vanity, bar and soft furnishings. Its Bluff 2-Story Villas and several other sections of the property have also seen massive upgrade.

A US$276,000 A/C inverter programme which was also undertaken at Regency La Toc was executed in keeping with the property’s green energy programme. A state of the art US$160,000 solar pool heating system among other things complemented this.

Dining was not left out as Regency La Toc undertook a massive US$230,000 expansion of its Japanese Restaurant Kimonos to include the Sushi Bar – Soy. The popular Pavilion Restaurant, along with the Butler Suites and Red Lane Spa have all received upgrades of almost US$200,000 combined.

The new Sandals’ signature fire pits and teak chaise lounges cost the property a combined total of almost US$200,000.

“There is a certain joy in watching our properties in Saint Lucia evolve. Even as we expand into other territories it is important for us to keep improving the product at the destinations that have been with us from the beginning,” the Sandals Chairman said.

At Sandals Halcyon Beach Resort, the introduction of the Soy and Kimonos Restaurant was realized in 2013. This saw the erection of new facilities and an increase in staff complement at the property. Today, Sandals Halcyon boasts four specialty restaurants.

Concierge guests have also realized an upgrade in their experience with the new and stylish Club Sandals Lounge – a place blended with remarkable amenities that completely redefine genuine hospitality and allow guests to enjoy one-on-one service and complete relaxation in comfort. This facility is available at all three Sandals properties in Saint Lucia.

For Sandals Grande Saint Lucian Spa & Beach Resort, SRI has approved at least 40 major upgrades over the past five years.

Sandals Grande has also invested considerably in the construction of a new warehouse with the use of Saint Lucian contractors. Considerable investments have also been made in the improvement and upgrade of staff accommodation and amenities.

Added to these improvements amounting to several million United States dollars the property is poised to begin works on a major expansion in the coming months.

Sandals Resorts remains committed to the growth and development of the Saint Lucian tourism product and has taken active steps in ensuring that that product receives the best and most consistent contribution.

The company, which continues to be the leading economic driver in Saint Lucia, has under its employ some 1300 people across its three properties, all of whom recognized annually.