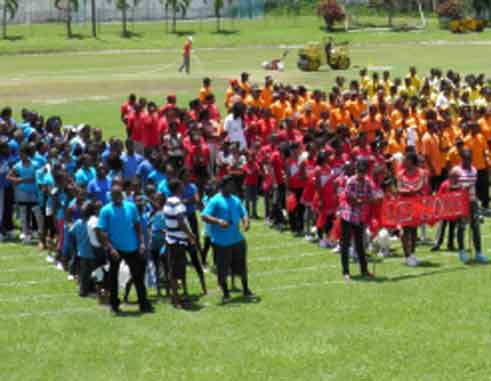 THE town of Soufriere will come alive on Easter Monday, when over 425 members of the Pentecostal Assemblies of the West Indies their most talked about Sports meet at the Mini Stadium.

According to organizers, this year’s event will commence at approximately 9:30 a.m. with an opening ceremony that includes a Parade of teams, to be followed by the National Anthem, prayers, welcome remarks, Athlete’s Oath and Declaration of the 2015 Championships Open.”

The first event will see the athletes compete in the 1500 metres, followed by a series of 60 metres for Under – 9 boys/girls. The 100 metres should be a class act as a number of 13, 17, 21, and 35 and under athletes will showcase their running ability. The day will also see participants compete in the 200m, 400m and 800m respectively. The excitement is expected to switch into high gear with the under – 35, over – 35 and pastors’ events. Well over 40 events are carded for the day, and to bring the curtains down on the showpiece for the 2015 championship, will be the relay races with the top three places carrying 20, 16 and 10 points respectively.