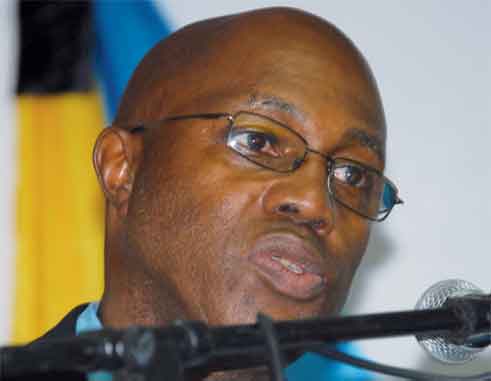 THE Beausejour Cricket Ground will be ablaze from this evening when the St.Lucia Football Association’s most talked about sponsored Vizions Michel’s Electrical Knock Out Football championship kicks off with a double header.

The 4.00 p.m. opening ceremony will showcase 19 participating teams in full team uniform. A record $45,000 in cash and prizes will be at stake including flat screen televisions for patrons coming to take in the action. The winning team will pocket EC $20,000.00 for their efforts.

The showpiece on the square will start from 5.00 p.m. when Dennery plays Roseau Valley while Gros Islet takes on Desruisseaux at 7.00 p.m.

The tournament will then take a one day break, but will resume on Tuesday 21 at the same venue with another double header. At 6:00 p.m. Babonneau plays Soufriere and South Castries meets Canaries at 8:00 p.m.

Speaking at the official launch for the championship, SLFA General Secretary Victor Reid said. FIFA had for a number of years cautioned its members across the globe that football must be controlled by the national association, and not a business entity within the private sector; it must belong to the footballers through the association. “In discussion with the organizers / VizionsDidusFedee, we mentioned to them the compliances and mandates FIFA has listed out to host such a tournament”.

He continued: “the St.Lucia Football Association shall be responsible for all the technical aspects for the game; the SLFA shall be responsible for all communication among its members, the SLFA shall be the principal organizer and authority of that championship”.
According to the SLFA Reid, the man behind the scene, Fedee from Vizions , had agreed to all the rules presented to him, “because all they wanted is to be a sponsor, an arm of the SLFA and to be a conduit in developing the game of football in St.Lucia. He said the SLFA was pretty happy to have them on board.