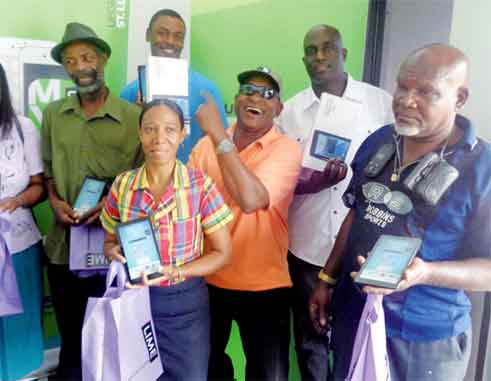 All throughout the month of March LIME has been dishing out prizes galore to winners in its March Madness promotion.

More than 10 customers won Alcatel tablets in the promotion and thousands wait anxiously for the announcement of the grand prize winner of a weekend for two at the Bay Gardens resort. To qualify for entry into the draw customers simply had to top up $15 or more, sign up for a LIME data plan or pay any LIME bill in full and on time.

The countdown has begun as LIME prepares to make the announcement of the lucky winner of a fabulous weekend for two at the Bay Gardens resort. The draw is scheduled for Tuesday, April 7, 2015.

“Just last month, Mrs. Lisa Philip won herself a night for two at Coconut Bay as part of our Valentine’s Day package. This month, we know another lucky customer will be thrilled to receive a weekend for two at Bay Gardens,” said LIME Marketing and Communications Executive, SharleneJn.Baptiste.

LIME customers who did not win in March Madness, will have their shot at great prizes in April with a new top up, sign up, pay ups to win offer, handset deals and a new text to win campaign.