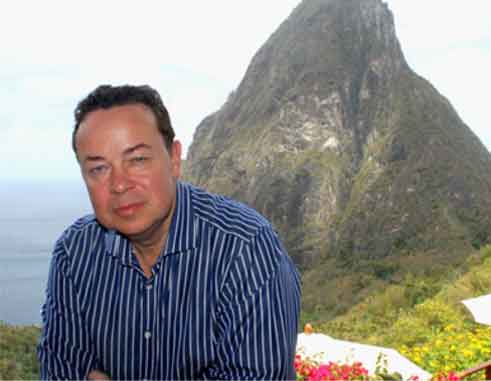 Cited For Leadership By Global Magazine.

GENERAL Manager of Ladera Resort, Olivier Bottois, has come in for high praise from LEADERS Magazine, which is published in New York.

LEADERS Magazine is the only worldwide magazine dealing with the broad range of leadership thoughts and visions of the world’s most influential people.

In the April-June issue of the magazine, Bottois was honoured in the Hospitality category for “Leading a Luxury Caribbean Icon”. He was among the 100 leading hoteliers around the world interviewed during the year on how they lead their properties.

“I was interviewed on how I lead a Caribbean icon, which is Ladera Resort, including what management style I employ and how successful I am doing this. So I was honoured to be chosen for the feature,” Bottois told The VOICE.

Prior to coming here four years ago, Bottois had never worked in the Caribbean before. Nevertheless, he said he has learned a lot in the past four years. He said the secret magic touch at Ladera Resort lies in its deep focus on authenticity, to the extent that the staff base is made up of Saint Lucians only, except for Bottois.

“I’m convinced that this is what makes the hotel so authentic and why I have so many happy people here,” Bottois said. “I was able to blend and fit in and understand that I am here to facilitate what the staff does and to help. I’m not here to be the big boss. I’m here to make their lives better than before they met me. If I ever leave Ladera Resort, I hope they would say that their lives were made better after I came here.”

Before Bottois’s arrival at Ladera Resort in September 2011, there had been a few changes in management. Bottois said a more stable situation for the past four years has been the norm at the 37-villa Soufriere-based resort that employs 145 Saint Lucians.

“I think it’s very important to have some continuity and keep the hotel stable,” he said.

Bottois has many years in the hospitality industry, having grown up in a hotel where his father worked. He has worked in six countries in some of the globe’s best luxury properties, such as Hotel George V and Hotel Ritz in Paris; The Connaught in London; and Hotel VierJahreszeiten in Hamburg.

His many other accolades include working at The Élysée Palace in Paris serving as former French President Francois Mitterrand’s private maître d, before taking up appointment with the Peninsula Hotels Group in New York and later the Four Seasons Hotels & Resorts. He later moved into the exclusive luxury boutique properties sector.