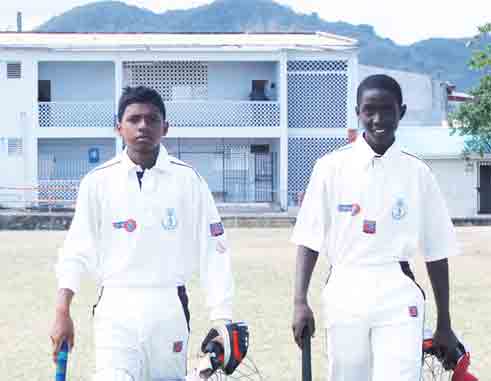 AT the Gros Islet Playing Field defending Champions St.Lucia amassed 261 for the loss of 7 wickets in their allotted 50 overs against Dominica when the 2015 Windward Islands Under – 15 WINLOT tournament bowled off here yesterday.

The highlight of the St.Lucia innings was a stroke filled 110 runs from 114 balls by captain Kimani Melius.

St.Lucia, asked to bat first by the Dominica captain Tahj Tavanier after losing the toss, made life difficult for the Dominican bowlers on what appeared to be an easy paced wicket as their opening pair of Kimani Melius and Chaz Cepal posted 119 for the first wicket. Cepal contributed 37 runs that included 9 boundaries.

For the St.Lucia captain his good run on form continued as he went on to score the first century of the tournament. Melius who batted with great maturity and class on his way to his century, stroked 11 exquisite fours and four towering sixes to the delight of a small, but appreciative crowd that also included West Indies T20 Captain Darren Sammy.

Other useful contributions came from Rene Montoute who chipped in with 22 that included 3 boundaries.
Bowling for Dominica, Anakym Moreau picked up 2 for 29 from 7 overs, Ethan Doctrove bagged 2 for 43 from 8 overs and Nigel Jn Lewis took 2 for 54 from 8 overs. 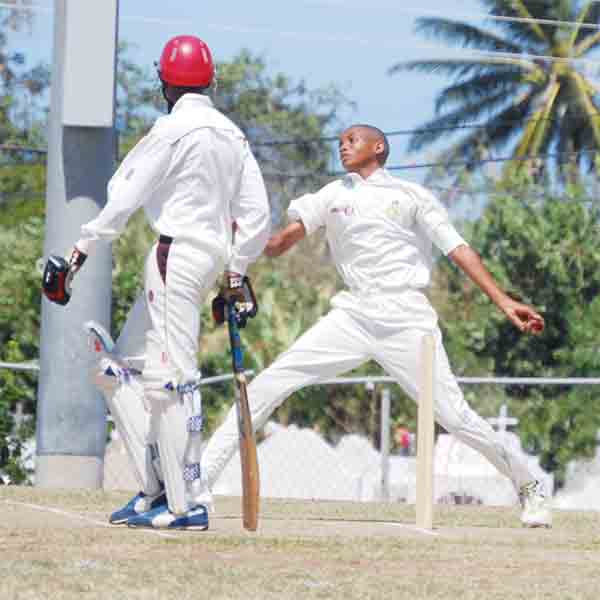 Upon going to press, Dominica was 24 runs without loss from 11 overs.

Meanwhile, the tournament continues today with St.Lucia against St.Vincent and the Grenadines at the Gros Islet Playing Field and Dominica vs Grenada at the Mindoo Phillip Park. Both matches will bowl off from 10:00 a.m. respectively.