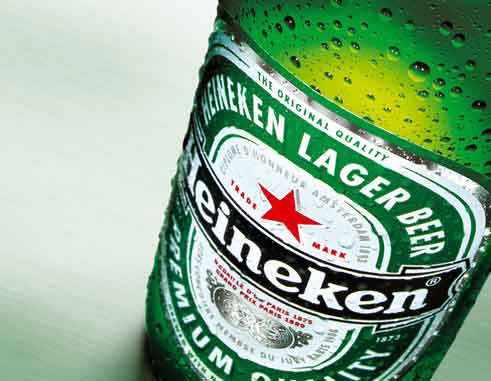 THE Heineken® trophy bottle is back once again for the 2015 season of the UEFA Champions League.

Last year saw the inaugural launch of the Heineken® Trophy Bottle as part of Heineken® global campaign for the UEFA Champions League season of which Heineken® is again sponsor.

In Saint Lucia, Heineken® is again embarking on a major retail promotion leading up to the UEFA Champions League finals on June 6. At all major outlets island-wide consumers can purchase a six-pack of Heineken Trophy Bottles and pay the price of five. In addition, the purchase of each six-pack affords consumers an entry form for a chance to be a VIP guest, along with five friends, at the Heineken UEFA Champions League Viewing Party. This event will be held at the Derek Walcott Square, Saturday June 6.

Winners will be afforded exclusive entry into the massive VIP stand where they will view the game in comfort on the largest screen on island. VIP guests will also receive Heineken® and UEFA Champions League paraphernalia, free Heineken® as well as eats and other treats.

Leading up to the final as well, Heineken® will also be engaging consumers with a number of exciting bar and on premise promotions, as well as a number of radio giveaways. Additionally, along with the Saint Lucia Football Association, Heineken has also thrown its support behind “Fantasy Football,” a knock-out competition involving teams from across the island.