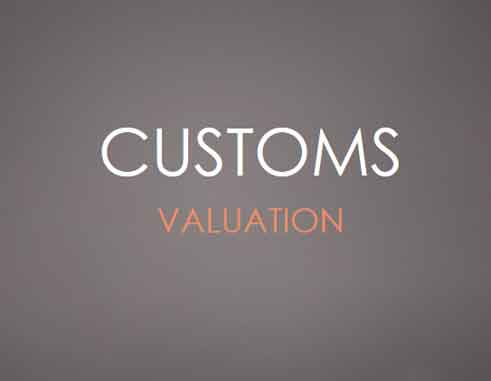 THE EDITOR:
My interest in the operations of Customs piqued when I heard Honourable Richard Frederick’s contribution in the House of Assembly regarding rewards (moiety) payable to customs officers. Since I am aware that moiety is an integral part of customs administration, I made enquiries as to what his complaint was about.

A long time thereafter a businessman approached me with his concern about moiety and valuation wherein he presented me with a copy of a letter addressed to the Comptroller of Customs regarding the latter. The allegations of threats made by a customs officer apparently to frustrate the businessman out of business were consistent with those made by one Parris on TV and radio.

As a former Comptroller, I could not believe what I read or heard and that the department which I once headed could allow such foul conduct within its ranks. I detest injustice in any form but more particularly when such injustice is perpetrated on the citizenry by public officers (servants). As a consequence, I was constrained to have this matter redressed as I attempted to do with regard to the injudicious application of the Citizenship Act.

It would appear the current crop of civil servants do not familiarize themselves with the laws which govern the conduct of their duties. It also seems odd that at a time when there are more legal officers attached to the civil service, the interpretation of the laws leaves much to be desired.

Let me make it pellucidly clear that Customs cannot or rather should not arbitrarily increase the invoice value of goods imported into the State. Neither can a Customs officer detain goods as liable to forfeiture unless he has established that there has been a breach of the Customs Law. The belief that Customs has five years to investigate the invoice value while the imported good languishes on the docks is wrong and ludicrous. It is folly to think an administration would legislate such authority which will impede the flow of trade and the collection of revenue.

Section 102 of the Customs Act provides authority to Customs to investigate the importation of goods within five years after they have been cleared. That period of five years was never intended to apply to the pre-clearance of goods. If an officer is suspicious of the authenticity of an invoice, he should allow the release of the goods after payment of duty on the invoice value. Investigations could commence sometime after to establish whether his suspicions were justified.

The disconcerting aspect of this matter is that judgement in the High Court (Suit No. 93 of 1989) could be used as a precedent to guide the Customs in its application of the Customs Law on Valuation. I would advise the top management of Customs to avail themselves with a copy of that judgement. I accept the Customs Act has since changed but the basic principle on Valuation remains the same.

The suit under reference was brought by DAL Agencies, an importer of used tyres whose invoice value was adjusted by Customs from $3.00 to $5.00 per tyre. The judge ruled in favour of the importer and I quote, “With due respect I do not interpret the legislation in this way at all. If as the unchallenged evidence in the case indicates the contract price of the tyres is the sole consideration and that price is not influenced by any commercial, financial or other relationship between the seller and the buyer and no part of the proceeds of any subsequent resale or other disposal of the tyres accrues to the seller that price must be the value on which the customs duty is based.”

Justice Byron also cited a case in the UK which has similar provisions as they relate to valuation where the invoice price can be adjusted if the price is influenced by commercial, financial or other relationship.

There is much more to be gleaned from the judgement but in the interest of brevity I have refrained from doing so.

Based on what I have gathered in the media (TV and radio), I would suggest that the Minister for Finance or his Permanent Secretary appoint an oversight committee to monitor the operations of the Customs with a view to redressing the situation at that department. That course of action was taken in the 80s at the Inland Revenue Department with some success.

Moiety
As I have already stated, this system is an integral part of Customs operations. Corrective measures should be instituted with valuation and moiety as both these systems appear to have gone awry. I do not think there is need to amend the legislation.