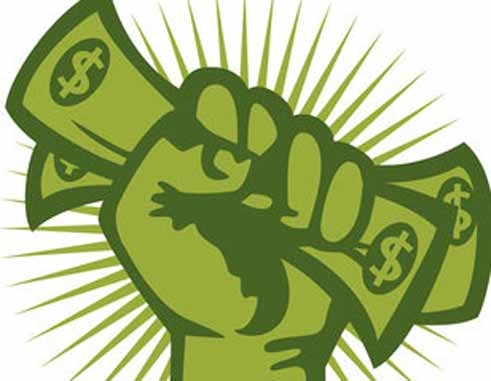 THERE is the general belief that government spending can create economic growth in Saint Lucia, and in support of that view one will hear the commentary on the street that ‘things slow’ because the government is not spending. I read a research paper from the Central Bank of Barbados entitled: Government Expenditure and Economic Growth in a Small Open Economy – A Disaggregated Approach written by Justin Carter, Roland Craigwell and Shane Lowe. I would safely assume that there are similarities between the economy of Barbados and Saint Lucia such that the conclusions drawn from the research can be applicable.

The findings go contrary to traditional economic thought. It is expected that government expenditure in health care would result in a more productive labour force and hence expanded economic activity. Similarly, increased expenditure in education should result in a more educated work force and also expanded economic activity. However the conclusions may also point to failures in our health care and education systems.

So let us extend these conclusions to the St Lucian context. Over the last 25 years, St Lucia may have allocated close to $ 1.0 billion to the Ministry of Education. These funds have gone into building primary schools many of which are now under populated. There was no planning in the location of these schools, construction was driven by political expediency, and now we have primary schools in which half of the total classrooms are empty. We moved to universal secondary education, which placed children in secondary schools who cannot read and write, some obtaining zero in maths at the Common Entrance Examination and by some miracle were expected to understand matrices and binary systems.

Expenditure on our education system has resulted in negative impact on economic growth. Can these empty primary school classrooms be leased out to young entrepreneurs to start a pre-school, or a retired teacher to give private adult education classes? Should some of these secondary schools be converted to full technical schools, teaching trades such as plumbing, tiling, masonry, electrical wiring.

Expenditure in the health sector has been dominated by construction of new hospitals and health centres. Have we seen a consequential effect of a more productive workforce? I do not think so, as we are still battling with chronic diseases at an increasing level.

While I fully support the various social programmes, as much needed assistance to the unemployed, in the context of economic growth, there is little contribution from these social programmes.

The research done by the Central Bank of Barbados did not look at government expenditure on construction and its contribution to economic growth. I would want to touch on this as this expenditure has to be segregated. Construction expenditure in construction with high import content of materials or services contributes little to economic growth. Let us take the Bois d’Orangebridge for example. There was a Colombian contractor who brought in their specialist equipment to do the piling. The structural steel beams were imported from the UK. The import content for that project for material and services is estimated at 70 %. The ALBA Bridge at Dennery used a Barbadian firm to do the piling, the piles were imported, and there was a French main contractor.

In the health sector, the construction of a hospital has a high import content. On the national hospital, imported materials and services in my estimate approximated to 70% of the cost. So while hundreds of millions have been spent in these construction activities, very little is contributing to economic growth.

As a recurring decimal, I will again suggest that a National Drainage Programme is the best approach to create economic growth in Saint Lucia at this time. The machines that are now idle have been paid off at this stage by most local equipment owners. The only imported material to create activity is fuel and lubricants. The cement is a regional product. The aggregates and sand for the concrete and blocks are both sourced locally. The concrete blocks are produced locally.

Assuming a contractor has to build 100 metres of drains. He has to engage a backhoe for a couple days, together with a truck for disposal. Another trucker gets a job to supply concrete, another to transport the blocks, steel and lumber. On site there will be masons, carpenters and labourers. This small project would have put almost 20 people into some level of activity. Imagine this is reproduced over 1,000 times in a $ 30.0 million programme.

The effect on the infrastructure will also be dramatic in reducing the damaging effects of uncontrolled run-off. I did a bit of research on the Barred’Isle, looking at the areas where the land slippage occurred during Hurricane Tomas. Most of the slippage occurred in areas where drainage along the cliff side was absent and the cascading effect occurred over the side, causing some of the slippages. I saw the full effect of this phenomenon during heavy rainfall while driving in the Millet area a couple years ago. A simple kerb and slipper which is regularly maintained would have saved millions of dollars in repair work.

As the Minister of Finance puts together the Budget Address for 2015-2016, I submit the National Drainage Programme funded to the tune of $ 30.0 million, as the most comprehensive approach to stimulating the local economy. I would also suggest to the East Caribbean Central Bank to pursue similar research to guide government expenditure in our small open economies of the OECS.