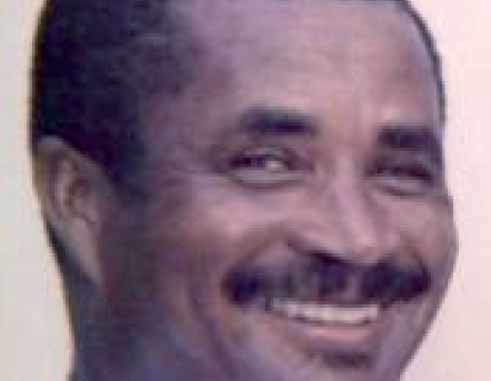 That takes us to the idea of extra-judicial killings or if I can palliate the concept and use the expression “extra-judicial punishment”. The latter assuming that you have been rightly faulted and therefore rightfully punished (extra-judicially).

It is convenient to recall here another film “Gangster Squad” (based on Hollywood’s interpretation of actual events) which portrayed cops who supposedly made the mob look soft. These LA officers employed some rather “dubious” tactics (carried machine guns in violin cases and dangled enemies over bridges) to bring down a crime syndicate and its mob boss Mickey Cohen. The end result: it worked! Of them it was said: “They carried their Tommy guns, more usually associated with the criminal underworld, but in the hands of these men, were deployed firmly on the right side of the law.”

It would appear that neither the Chief of Police Clemence Horrall who had sanctioned the “Gangster Squad” nor those police officers who carried out the guerilla campaign were ever held accountable. The rationale was the belief that sometimes the only way to enforce the law was to break it. However, the real difference to our case is that the LAPD Gangster Squad was prudent enough to ensure that their activities were never linked to the LAPD. Notably, Sgt. Jack O’Mara (original member of the LAPD Gangster Squad) stated in the Los Angeles Times for the online article “Crusaders in the underworld: The LAPD takes on organized crime”, “We did a lot of things that we’d get indicted for today”.

That notwithstanding, whilst I may not be privy to a number of things in relation to state affairs, the concept of Black Ops (Black Operations) is not unknown to countries like the United States, United Kingdom, Russia and other powerful nations. Black Ops is in essence a covert activity by a government who usually employs various methods to achieve both the foreign and domestic interests of the state.

For instance, in 2007, the Central Intelligence Agency declassified secret records detailing illegal domestic surveillance, assassination plots, kidnapping, and infiltration by the state government. Perhaps in our naivety, what ought to have been covert (not imputable to the state) was unfortunately overt.

I do not purpose to endorse extra-judicial punishment as a regular tool of Executive action, being deeply conscious of the dangers of abuse that it poses. We would not want Saint Lucia to become a police state with secret police like Hitler’s SS or death squads roaming our streets. I hasten to add that Saint Lucia should never become or be considered a state transgressing the rule of law or deemed a repressive regime. We must forever affirm the law and respect every citizen’s inalienable rights. Accordingly, any use of such tools as extra-judicial punishment must be based on positive law.

I note with interest the comments of one Loesch in 1933 who stated:

“I had the operating director of the Chicago Crime Commission bring before me a list of the outstanding hoodlums, known murderers, murderers which you and I know but can’t prove, and there were about one hundred of them, and out of this list I selected twenty-eight men. I put Al Capone at the head and his brother next, and ran down the twenty-eight, every man being really an outlaw. I called them Public Enemies, and so designated them in my letter, sent to the Chief of Police, the Sheriff [and] every law enforcing officer. The purpose is to keep the publicity light shining on Chicago’s most prominent, well known and notorious gangsters to the end that they may be under constant observation by the law enforcing authorities and law-abiding citizens.”

In the United States “The National Security Council” is (as far as I am aware), the body that advises the President on such security matters. In some quarters in the United States, the assumption by the Executive of powers otherwise reserved to the courts has proved troublesome, resulting in a constant review and revision of these laws. Agents are purportedly monitored using a system of internal checks and balances (coupled with citizens’ advocacy groups), to minimize the possibility of government officials exceeding their lawful authority.

The first step therefore to legitimize such action, if one were so inclined, is to legislate. Some countries around the world have legislation which speak to “special measures” (such as internment) that can be utilized by security forces for the purpose of maintaining public order and for related matters. Saint Lucia should therefore contemplate adopting such measures for dealing with certain security questions.

I pause here to recall the 19th day of February, 2010, when Corporal 454 Vincent Peters was gunned down at the Castries Waterfront during an attempted robbery by the same man who had in June 2009 threatened to kill police officers after they had raided his community in Wilton’s Yard. The then Police Commissioner Ausbert Regis had called for legislation which would have allowed the police to act.

Turning to the moral question, the philosophical theory of consequentialism says that the consequences of one’s conduct are the ultimate basis for any judgment about the rightness or wrongness of that conduct. Hence, from a consequentialist viewpoint, a morally right act (or omission from acting) is one that will produce a good outcome or consequence. If we apply this school of thought, then extra-judicial punishment may not necessarily be immoral. But opposing theory teaches that the rightness or wrongness of one’s conduct stems from the character of the behaviour itself, rather than the outcomes of the conduct.

Similarly, the Fifth Commandment forbids killing. But we do observe instances where the Israelites did piously break this law, in their conquest of Canaan and in other battles.

Consider two examples: on one hand, when Cain killed Abel, Cain suffered blood guilt; but on the other, when David killed Goliath, David did not suffer the same ignominy: one was a murderer; the other, a champion.

Second in a 3-part article By Seryozha Cenac, Attorney At Law