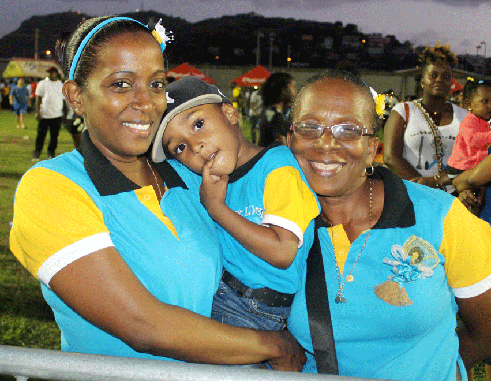 EVEN before they meet to review the Independence Day celebrations that took place in Vieux Fort over the past weekend, members of the committee responsible for the activities are already being bombarded with requests to lobby for next year’s activities to be held there.

Activities marking Saint Lucia’s 36th year of Independence were divided between the north and south of the island with the town of Vieux Fort hosting most of the events, for the very first time.

However the novelty of the task did not hamper the organizing committee who credited the groups and organizations it worked with for a job well done.

“We had a few glitches here and there but things worked themselves out. Everything fell into place, everything went smoothly,” Valmont said. “I must commend the stakeholders, including the police for a job well done.”

The committee is expected to meet sometime next week to review their work.

Valmont was delighted with the decision the committee took to embrace as many vendors as possible to spur the economic situation in Vieux Fort.

“Most of the vendors sold out their stuff. The impact the activities had on them was great,” Valmont said.