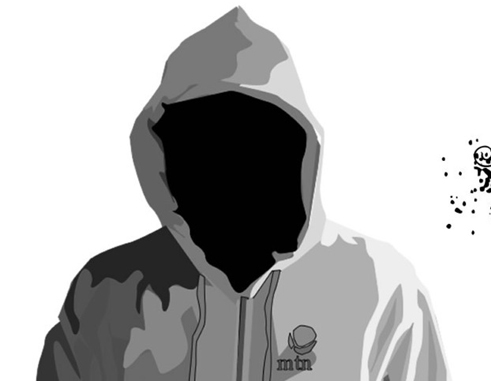 ISSUES related to citizen security have drawn the attention of policy makers at many levels of government, regional and international organizations, and as well as various think tanks. With respect to citizen security in the Caribbean, the United States continues to work with countries in the region through the Caribbean Basin Security Initiative (CBSI) in areas related to the reduction of illicit drug trafficking, increase in public safety and security, and the promotion of social justice.

The issue of citizen security is also high on the CARICOM agenda and is at the core of organizations such as the UNDP and the Regional Security System (RSS). The subject of citizen security featured prominently in the 2012 UNDP Report (entitled Caribbean Human Development Report). St. Lucia was included in this report, where the authors’ key message pointed “to the need for Caribbean countries to focus on a mode of security based on the human development approach whereby citizen security is paramount, rather than on the traditional state society model.”

But what really is Citizen Security? According to the Commission on Human Security (2003), human security is concerned with safeguarding and expanding people’s vital freedoms. It requires both shielding people from acute threats and empowering people to take charge in their own lives.

One of the main functions of a sovereign state is the provision of safety for its citizens, i.e. security of the state on one hand (and thus protection of its citizenry) and security of its people on the other hand. Such security entails the ability not only to avoid harmful and threatening situations but to retain a sense of protectiveness when such situations do occur, and furthermore, the ability to reestablish that security when such a compromise has occurred.

As Saint Lucia gracefully turned 36, a nation of full maturity, and given the climax of the Millennium Development Goals (MDGs) and the Post 2015 Agenda, it is imperative that we take a thorough examination of our “Fair Helen” in order to keep her in a place of prosperity. The circumstances of the times demand that we concentrate on addressing key developmental issues and the adoption of an integrated approach to citizen security to sustain human development. This approach necessitates a focus on key social areas, such as: improvement of living conditions; crime prevention and control; social cohesion; access to justice; strengthening communities; peaceful coexistence; and the rule of law. It calls for an assessment of a rights-based approach to development. By this I mean, there is a level of urgency to address the impact of income and wealth inequalities and unemployment and to look more closely at the multidimensional understanding of poverty; to consider poverty beyond an income-based position, and an examination of overlapping deprivations suffered by people within the same level. It takes into account the effective allocation of resources through proper targeting mechanisms to meet those with the greatest intensity of poverty. If we remain unmoved in addressing these issues, then certainly our maturity as a nation comes into question.

However, the overarching question still remains, and I believe the best approach is to embrace ‘the community’ as a source of engagement. This calls for high levels of empowerment, reconstruction of self and society, and a demand for the utilization of assets to meet the needs of the most vulnerable. It calls for the impetus to re-establish the quality of life index for Saint Lucia and also for a greater focus on the private sector involvement in the whole human development agenda. Amidst intensifying globalization processes and strengthening competition and sophistication of businesses, the private sector loses its relevance in its narrow objective of profit maximization. There is need for an environment that supports private-public partnerships as a means of economic viability.

The post-2015 agenda therefore demands that the private sector adopt new perspectives of business models, broader objectives and a more active role in corporate social responsibility. However, we must remain ever cognizant that sustainable development cannot be ensured when the private sector is weak and companies cannot prosper when the community is poor or where there exists limited access to markets, a weak or nonproductive labour force or in the absence of innovation. These are all interdependent processes and as such call for a conceptual framework to our development process.

It is imperative that we make clear to the State how the levels of economic poverty, political and personal insecurity, and social exclusion all interconnect and as such infringe on levels of well-being at the individual, community and national/regional levels. When growth has left out the rural poor and failed to create jobs, or has led to unwarranted employment in the informal sector, economic insecurity prevails. The approach therefore must be cohesive – our similarities within the region yearn for a collaborative approach among us. So while we give credence to issues of environmental sustainability and green economy or energy and food security, it is also justified to pay closer attention to human security as a means of addressing the changing nature of poverty.

Citizen security has its external and internal dimensions faced with a multitude of challenges among which are high levels of unemployment and underemployment, rise in crime, increase in poverty, widening income gap, distrust in the operations of State run institutions, particularly the police and the judiciary.

Second and final part on Tuesday.